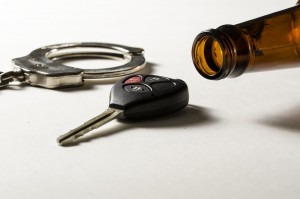 If you’ve been arrested for driving under the influence, you have an unpleasant road ahead of you. That said, there are some steps you can take on your own to put yourself in a better position to fight a DUI charge. From hiring legal counsel to planning for court costs, there are steps you need to take if you get a DUI. Below, we share some tips to consider if you’ve been arrested for DUI.

1. Write Down The Facts – Writing down everything you remember about the incident will help you when it comes time to plead your case. Write down things like:

2. Hire an Attorney – This might sound self-promoting considering an attorney is telling you to hire an attorney if you are arrested for DUI, but unlike a speeding ticket, this isn’t something you’re going to be able to explain away on your own. Your criminal defense attorney knows the in’s and out’s of the system, and they know the best ways to argue your case. DUI cases are rarely black and white, so hiring someone who is well-versed in the gray areas will certainly help you fight your case.

3. Seek Treatment –  Another thing we typically recommend to drivers who have been charged with driving under the influence is to seek counseling or treatment. Going to treatment isn’t an admission of guilt, it’s a sign that you want to be proactive in putting the incident behind you. Judges and prosecutors are more likely to go lenient on someone who shows that they are truly committed in taking responsibility for their actions.

4. Save Some Money – Fighting a DUI charge isn’t cheap. Good representation is going to cost you some money, so start putting funds aside as soon as you can. That said, your attorney will do what he can to create a payment plan that suits your ability to pay. Payment options are something you should discuss with your attorney during the free initial consultation.