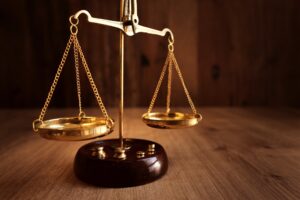 As you may be aware if you’ve talked with Avery at any point over the years, he’s pretty big into hockey. Even when he’s not coaching hockey, watching his son play or at a Minnesota Wild game, he’s never far from the game, which is why when the news broke that the Boston Bruins had cut ties with Mitchell Miller after learning about Miller’s former bullying scandal, Avery was intrigued. As someone who helps people clear their names and pay their debt to society for their actions, the response to Miller’s actions left him fascinated.

On one side, you had people arguing that Miller should be kept out of the National Hockey League for life. After all, the allegations are quite awful, and it certainly appears that it wasn’t a one off incident. On the other side, you have people arguing that a mistake at the age of 14, when our brains and our capacity to empathize with others are far from fully formed, should not continue to hold someone back when they’ve attempted to make amends for their actions. You can see an argument for both sides, and many people ultimately land somewhere in the middle with their thoughts on the situation.

We also had some internal discussions on how to approach this blog, and instead of arguing one side or the other, we thought we could use the Miller case as an example of the process we go through with many clients who are also working to put a mistake in the past and move on with their life. In many ways, Miller’s actions and the fallout from the situation mirror instances we see every day in our line of work.

Responding To A Criminal Mistake

When we meet with a client and hear their story, we oftentimes ask them to follow a similar response plan as their case plays out in court. Miller may have found his way into the NHL and even the victim’s good graces had he hit some of these checkpoints in his quest to earn forgiveness.

Demonstrate Accountability – Accountability is key, and that comes in many different forms in criminal matters. Oftentimes people like to minimize their actions in order to avoid being held accountable, but that doesn’t really help you move forward in life. Some people get a DWI and blame it on a broken taillight or bad luck, while others realize they made a poor decision to drive drunk. You put yourself in the situation, so you need to demonstrate accountability for your actions. And while this doesn’t just mean that you plead guilty in order to be held accountable, it does mean that you really analyze your actions and understand where you could have acted better so as not to end up in the situation in the future.

Maturity – We also want our clients to demonstrate maturity. If your actions were childish or impulsive, it’s important to showcase that you’ve matured from that type of behavior. We work with clients in different ways to help showcase this maturity. Sometimes it involves completing a victim impact panel before court, while other times it involves completing a voluntary substance abuse course. We can help find ways to showcase to the court that the person you are is no longer the person you were when you committed the crime.

Acknowledging Your Mistakes – This one ties in closely with the first point, but again, don’t assume that acknowledging your mistakes means admitting your guilt to the court. If they find you guilty, so be it, but it’s important that you understand the mistakes you made that led you to this spot. What steps did you take that you’ll do differently going forward? How can you ensure you won’t end up in the same situation again? We need to acknowledge the poor decisions we made so that we can avoid them going forward.

Demonstrate Learning And Growth – Finally, we want all of our clients to be able to demonstrate learning and growth throughout the process. This is huge for judges, because they don’t want to give you a lesser sentence if it’s clear you’ve gained nothing from the experience. This is why we oftentimes pitch counseling or educational courses prior to a case’s conclusion so that you have a better chance to take something positive away from the experience. Not only is it important for the court, but it’s important for your future to learn and grow in the wake of a criminal charge.

You can bet that we’ll be following the Miller saga as it continues to play out, and we’ll also be following the above checklist with many of our clients who need legal help. If you need help navigating the legal system after an arrest, please reach out to Avery and the team at Appelman Law Firm today at (952) 224-2277.