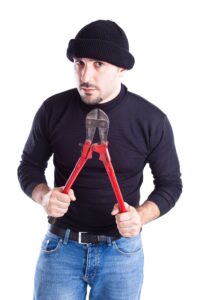 You don’t have to pull off the perfect bank heist or follow through with that destruction of your rival high school’s football field in order to face criminal charges here in Minnesota. Once you take a step towards the commission of a crime, you’re actually in violation of an attempted crime. Below, we take a closer look at attempted crimes and how they are handled here in Minnesota.

Minnesota law defines an attempted crime with the following definition –  “Whoever, with intent to commit a crime, does an act which is a substantial step toward, and more than preparation for, the commission of the crime is guilty of an attempt to commit that crime.”

As you can tell, that definition is far from black and white in terms of what constitutes intent and what constitutes a substantial step forward, but we’ll try to give some more specifics as we go on. First, let’s focus on intent. The law states that someone must intend to commit an act that, if completed successfully, would constitute a crime. In other words, had another person or outside factor not intervened, a crime would have been committed based on the acts you were partaking in. If you put forth an effort to achieve a desired result, you can be charged with an attempted crime. For example, if you are caught with a crowbar and a flashlight outside of a vacant condo unit, you could be charged with attempted burglary. However, if you are caught with a crowbar and a flashlight on the way to your job at a construction site, you’re fine. You haven’t taken any actions outside of your normal routine that would suggest you are planning on committing a crime.

Next, let’s focus on the substantial step portion of the law. In a case from 1912, the Minnesota Supreme Court ruled that there is no specific act that constitutes an attempt, and that each case will hinge largely on the facts specific to itself. So while there’s no clear definition, examples of a substantial step may be actions like trying to shoot someone when the gun jams or jumping a fence to private property with arson supplies in your bag before being spotted by police. If you took physical actions towards accomplishing the illegal act, you can face criminal charges.

On the other hand, there are some notes about how intent factors into the crime. For example, you can’t be charged with attempted second-degree manslaughter because intent is not necessary to be convicted of that crime, only that your actions or negligence led to the death of another person. If you intended those actions, you’d face attempted murder charges. If your actions accidentally lead to a crime, you’re not on the hook for attempted criminal charges, but that doesn’t mean you’re completely off the hook either.

Caselaw gets even more complex when we look at sexual assaults, because intent can be hard to determine through messaging or the internet. For example, let’s say a person intended to meet up with a 14-year-old girl for sex, but it turns out they were talking to a police officer all along. At what point does intent and a specific step take place during the interaction? When the perp asks for an address and a meet up time? When they get in their car and start driving to the location? When they drive up to the location and get out of the car? Or when they knock on the hotel door where they are supposed to meet?

During a case very similar to the above example, the Minnesota Court of Appeals ruled that a man had committed attempted third-degree criminal sexual conduct when he arrived at the door of the arraigned meet up location and knocked on the door. In a 2-1 decision, they stated that although third-degree sexual assault requires sexual penetration, text messages showed that the defendant planned on having sex with the decoy, and his arrival at the residence meant he had taken a substantial step towards accomplishing his plan. Thus, his conviction was upheld.

Needless to say, a good criminal defense lawyer will certainly lay into both factors that need to be present in order for you to be convicted of an attempted crime, the intent and the specific step. To learn how we can do that for you, set up a free consultation with our team today.