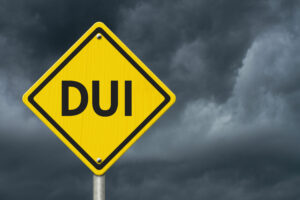 The COVID-19 pandemic and fewer family get-togethers over the holidays led to the fewest DUI arrests during that stretch in the last six years.

According to department numbers, police arrested 1,383 people for DUI during the holiday stretch between Thanksgiving and New Year’s Day. That total was about 1,000 fewer than police issued during a similar enforcement campaign in 2019. In total, DUI arrests in Minnesota were down 19 percent in 2020 compared to all of last year.

Officials said there were 92 drunken driving arrests in Minnesota on New Year’s Eve, which was down from 139 in 2019. The Minnesota Department of Public Safety said COVID-19 restrictions that kept bars and restaurants closed for indoor service likely played a big role in DUI decline over the holidays.

The Minnesota Department of Public Safety also shared some information about the DUI arrests they made during the enforcement. Here are some of the findings that stood out.

Overall, there were 22,653 drunken driving arrests in Minnesota in 2020. That’s down from the 27,975 we saw in 2019, and the lowest mark since 2016. If you or someone you know was arrested during this crackdown and needs legal representation to assist with their case, reach out to Avery and the team at Appelman Law Firm. We offer free strategy sessions and can help give you an idea of what you’re up against and what next steps are right for you. To set up one of those consultations, give us a call today at (952) 224-2277.