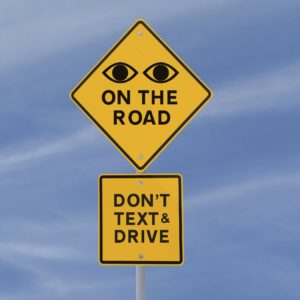 The following is a guest blog by a friend and colleague of mine by the name of Mike.

I’m a regular reader of Avery’s blog, so I was well aware of the crackdown Minnesota police were conducting over the recent Labor Day weekend. Police were looking for speeders, drunk drivers, unbelted occupants and drivers who were texting behind the wheel. Living in Wisconsin, I find the blog interesting and entertaining, but warnings like these rarely affect me as I don’t travel much to Minnesota. However, this weekend was different, as some friends and I were heading to Burnsville for a wedding.

We left for the wedding Friday after work, and it was dark by the time we crossed the Mississippi into the Land of 10,000 Lakes. I was riding in the passenger seat, and although I was privy to the crackdown, I didn’t feel it necessary to bring it to the attention of our driver, who was coasting along a couple miles over the speed limit.

We had just merged on to 494-South when our driver’s phone lit up in the center console. I assumed he would wait to check it since we were only 10 minutes away from our hotel, but he picked it up, held it above the wheel and started composing a short reply to another friend, who I later found out had asked how much longer we’d be. Despite having another car in our caravan behind us, no sooner had our driver hit reply had a police car merged in between us with its red and blue lights flashing. We pulled over, and our driver wondered why he was being pulled over as he wasn’t the fastest car on the road.

Minutes after we were pulled over a trooper came up to the driver’s side window. I had told my friend not to admit to anything and to simply say that he “was unaware” as to why the officer had pulled us over, but it clearly wasn’t the officer’s first interaction with a driver who had been texting behind the wheel. He asked our driver if he knew why he pulled him over, to which our driver said he didn’t know, before the trooper explained that he saw our driver texting, and that it was a stupid thing to do, especially when there were others in the car who could have sent the message for him. He told us to sit tight while he ran our driver’s information.

Needless to say I was not surprised when the officer returned with a citation for texting and driving. He gave our driver a short lecture before wishing him a safe trip the rest of the way. Our driver didn’t see a citation amount on the ticket, and he asked me to look up how much the ticket was for. After a quick Google search, I told him that a first offense was a $50 ticket, but that jumps to $225 for a second violation. Overall, he thought it wasn’t a horrible price to pay for his mistake.

However, I was a little confused yesterday when he sent me an email with the subject line “LIAR!” Turns out a first offense texting while driving citation in Minnesota carries a base fine of $50, but it also carries a $75 surcharge, a $10 law library fee, and a $2 “convenience” fee for the ability to pay your ticket online. So my friend’s ticket actually cost him $137, not to mention any premium increases he may experience when his insurance company hears of the citation.

I told him about Avery’s services, but as someone living in Milwaukee he decided he’d just take this one on the chin and pay the fine, especially since he was guilty of texting behind the wheel. It was an expensive lesson to learn, any hopefully this story can help dissuade others from making the same mistake he did.