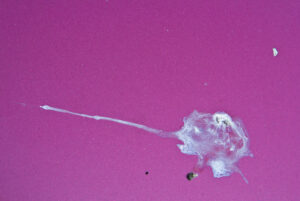 The Minnesota Gophers kick off their season later this month, but a game in September against Georgia Southern will be a little tougher now that the Eagles have their starting quarterback back on their roster. Shai Werts had been removed from the team following an arrest and drug possession charge, but he was recently reinstated after police admitted to an error and dropped the charge. Strap in for an interesting story, because even we can’t say we’ve heard of something like this before.

Werts was pulled over for speeding and during the interaction with police, they noted a white substance on the hood of the car. Anybody with a brain could tell that the substance was not cocaine, but police took a microsample and used a quick field reference kit that suggested the substance was an illegal narcotic. The officer asked Werts about it, and despite Werts’ insistence that he tried to clean it off at the gas station the day before, some of the bird poop remained on his vehicle. Again, instead of using logic, the white officers on the scene start throwing out possible scenarios and settle on the idea that Werts must have thrown a brick of cocaine out the window directly forward onto his windshield while he was being pursed by police. After deciding they’ve put together the case like Sherlock Holmes and John Watson, Werts is arrested and charged with cocaine possession. We know all this because the officers’ interactions are all caught on body camera.

Werts was kicked off the team once the school got wind of his arrest, but he stuck to his story that with was “bird doo-doo,” as he calls it in the body camera footage. When police actually used a substance testing kit with technology better than the field testing kit, they found out what Werts had been saying all along was correct. It was simply bird poop residue, and not the wild drug conspiracy they had hoped they’d uncovered. Werts’ drug charge was dropped and he was reinstated to the football team, but police still cited him for speeding.

While the story is somewhat humorous, there’s also a dark side to it. The most concerning is that the field test kit would turn up positive when bird poop was tested. Another concerning point from he video is how the police officers fail to apply logic to the situation and immediately start throwing out wild stories to fit their narrative. Never once do they suggest the field test kit could be wrong, they just assume he threw his cocaine directly forward out the window while he was driving. Finally, it’s worth noting that Werts was able to keep his composure in the face of such ridiculous assertions, because things could have gotten much worse if he reacted differently, knowing full well how difficult it could be to keep your emotions in check when your future is collapsing around you due to incompetence and ridiculous claims.

These officers need to be reprimanded, and the department needs to reconsider the field testing kits they use. We’re glad Werts eventually got the justice he deserved.