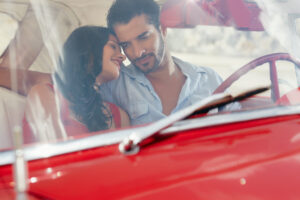 The insurance carrier Geico was ordered to pay $5.2 million to a woman who sued after contracting the human papillomavirus during unprotected sex in a sedan that was insured by the company.

The woman claimed that she unknowingly caught HPV after having sex with a former romantic partner in 2017 inside the man’s Hyundai Genesis. She notified Geico that she was seeking monetary damages, but Geico dismissed her claim and sent the case to an arbitrator, who ended up siding with the woman. The arbitrator said sex in the car “directly caused, or directly contributed to the cause” of the woman’s contraction of HPV, and that the man’s insurance policy covered injuries arising “out of ownership, maintenance or use of the..auto.”

Geico obviously appealed the arbitrator’s ruling, but a three-judge panel sided with the lower court, saying Geico did not have a strong enough case for appeal once a judgment was entered and the $5.2 million damages had been determined.

“At the time of Geico’s intervention, liability and damages had been determined by an arbitrator and confirmed by the trial court,” Court of Appeals Judge Edward R. Ardini Jr. wrote in the opinion. “Geico had no right to re-litigate those issues.”

In her initial suit, the woman claimed that the man had previously been diagnosed with HPV, one of the more prevalent STD’s in the US and a precursor to a number of cancers, but didn’t tell her about it or take measures to prevent against transmitting the virus to her. Knowing that the man was insured by Geico, the woman sent a letter to the insurance company in February of 2021, demanding $1 million in damages for “negligence and negligent infliction of emotional distress.”

After Geico investigated the claim, the insurance company argued that the man had previously told her about his HPV-positive throat cancer, and they suggested that it could have come from another partner or contracted in a different location, as the pair had sex more than once and not always in the vehicle. After they denied the settlement, the case was sent to arbitration, where an arbitrator sided with the woman, awarding her $5.2 million. Geico called for a new hearing, arguing that the arbitration ruling had violated their right to due process, but a higher court sided with the arbitration ruling. Geico is now contesting the decision in federal court.

“This case presents novel and potentially important issues about whether an insurance carrier can be held liable under such policies for the consequences of two adults voluntarily having unprotected sex in the insured’s automobile,” said U.S. Magistrate Judge Angel D. Mitchell. “Interpretation of these policies could have far-reaching implications for other policies with similar terms.”

Needless to say, insurance companies will certainly be rewording their coverage policies to ensure that they don’t have to cover every single action that takes place in an insured vehicle in the future.