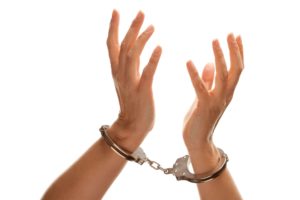 When we’re hired by a client, our main goal is to help the client beat the charges levied against them, but our job doesn’t end there. We also want to help our client get the help them need to avoid falling back into bad habits and returning to the criminal justice system. Preventing recidivism is a crucial part of our role as a criminal defense attorney.

Recently, a study at North Carolina State University decided to see if there were certain things that could be done that would decrease a female offender’s likelihood of committing a future crime. Interestingly, they were able to parse out four factors that reduced recidivism rates among female ex-convicts. Today, we take a closer look at those four factors.

Cutting Down On Recidivism

For their study, researchers conducted interviews with 400 women shortly after their release from prison, and study participants self-reported their behavior over the course of the following year. After listening to their responses, researchers were able to come up with four factors that helped women avoid re-offending. They were:

Good Nutritional Health – Researchers found that women who had good nutritional health were 50 percent less likely to re-offend within one year of release.

Having a High School Education – Women who had at least a high school level education were 56 percent less likely to return to crime than women without a high school degree.

Having Been Convicted of a Drug Offense – Women who were convicted of drug offenses were 70 percent less likely to return to crime than women who had been convicted of other types of crimes.

“Altogether, these findings offer insights that can help us develop programs and policies to improve the ability of ex-offenders to rejoin their communities,” said study co-author Sarah Desmarais. “That would be valuable for communities, government agencies and the ex-offenders themselves. The study also highlights the fact that ex-offenders are not just a voiceless group to be studied, but can also offer important insights into their experiences.”

The biggest takeaway may be in the final factor, which suggests that drug offenders are less likely to re-offend than female burglars or drunk drivers. Researchers say that’s because drug addiction treatment can often help a person win a battle over addiction, which in turn greatly reduces the risk of re-offending. The takeaway point here is that we need to focus on treating the underlying problem instead of just punishing the action if we want to help these offenders break out of the cycle of crime.

If you need help at any stage of your criminal case, or you know that you’d benefit from counseling services, reach out to Appelmna Law Firm today. We can help.