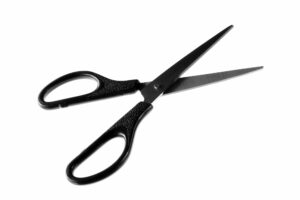 A Florida man was arrested for allegedly tying up his wife’s lover and going after his nether-region with a pair of scissors.

According to the police report, Alex Bonilla, 49, was arrested over the weekend after the victim reported to police that Bonilla had held him at gunpoint and threatened to kill him if he resisted. The victim was then tied up before Bonilla cut off his penis with a pair of scissors. The Gilchrist County Sheriff’s Office said Bonilla then allegedly left, but he kept the severed penis.

The police report states that Bonilla had caught the unnamed neighbor and Bonilla’s wife having sex back in May. Two children were in the home at the time of the attack on the neighbor.

Bonilla was officially charged with:

Although this story may make headlines, it’s clear that the attack and the charges are very serious. It will be interesting to see how the victim’s mental health comes into play at trial. No sane person hacks off part of another human being, but it certainly seems like this was a premeditated crime. However, one thing is clear – he’s going to need a very good defense lawyer.

Hopefully the victim can recover from his injuries and find a way to move forward with his life.