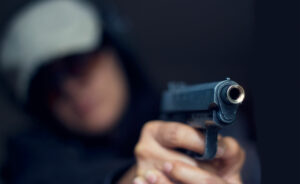 An assault charge is considered a significant crime in Minnesota, and it only gets more serious when a deadly weapon is involved. That’s because it’s so much easier for serious injury or death to occur when a weapon is used in the commission of a crime. In 2017, the last year the statistics were compiled, 465 Minnesotans died as a result of firearms, and the majority of those are considered assault with a deadly weapon crimes.

Assault With A Deadly Weapon

Assault with a deadly weapon can be a misdemeanor or felony level offense, depending on the circumstances. Here’s a look at both definitions:

Misdemeanor – Whoever does any of the following commits an assault and is guilty of a misdemeanor:

1. Commits an act with intent to cause fear in another of immediate bodily harm or death; or

2. Intentionally inflicts or attempts to inflict bodily harm upon another.

Felony – Whoever assaults another with a dangerous weapon may be sentenced to imprisonment for not more than seven years or to payment of a fine of not more than $14,000, or both. These penalties can be upgraded if “substantial bodily harm” occurs.

If you’ve been charged with felony assault with a deadly weapon, it’s easy to see why you need an attorney, because the penalties are steep.

1. Self Defense – If you only hurt the other person in order to protect yourself or others, you may have a valid self defense claim.

2. Insufficient Evidence – If it’s your word versus their word, if police can’t find the weapon in question or if there are holes in the prosecution’s story, you may be able to claim reasonable doubt.

3. Mentally Unfit – Finally, your lawyer may argue that due to the circumstances, you were unable to make a sound judgment and should not be found guilty of the serious charge.

If you need help defending an assault charge in the greater Twin Cities area, reach out to the experienced trial lawyers at Appelman Law Firm for a free case consultation.