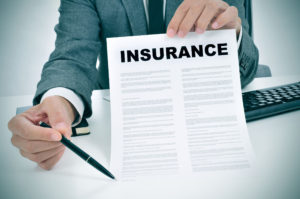 As we’ve shared on our blog in the past, hiring an attorney to defend your criminal case can save you hundreds or even thousands of dollars, not to mention they can keep your record clean. That sentiment is particularly true when it comes to a DUI, because new findings show that a lawyer can save you up to $4,000 by preventing your insurance rates from increasing if they can help you beat the drunk driving charges.

An increase to car insurance premiums is the most common expense that is regularly overlooked by individuals charged with a DUI. They know that their fine will cost money, and they expect to have to pay some other court fees, but oftentimes the biggest financial burden after a DUI is the cost of automobile insurance. That’s because car insurance is based on your driving record and other factors that suggest how likely a person may be to be involved in an accident. Being a teen driver or having a number of speeding tickets on your record means you’re at a higher risk, but the highest rates go to those drivers who’ve been caught drinking and driving.

How A Lawyer Saves You Money On Car Insurance

After the insurance company gets word of your conviction, you’ll notice that your rates will skyrocket, assuming your insurer agrees to keep you as a customer. They may opt to drop your coverage altogether, which means you’re going to have to shop around as a high-risk driver.

If a lawyer can challenge the case and get your DUI dismissed, you will be able to avoid these costly increases, and a lawyer can literally save your thousands of dollars. But a lawyer can also save you money if they can get the charge reduced. Oftentimes lawyers can get DUIs without injury pleaded down to a reckless or negligent driving citation. This will also cause your insurance rates to increase, but these drivers spend an average of $1,460 less on insurance over a three-year period than drivers convicted of a DUI. When you consider the other cost savings a reduced ticket could entail, like a smaller fine and not having to pay for an ignition interlock system, it’s easy to see that a lawyer can still save you thousands even if you don’t get the charges fully dropped.

So if you’ve been charged with a serious crime or a driving citation that will result in insurance rate increases, please reach out to a lawyer. We’ll walk you through all your options and can explain how hiring a lawyer can save you money in the long run. Reach out to Appelman Law Firm today for more information.