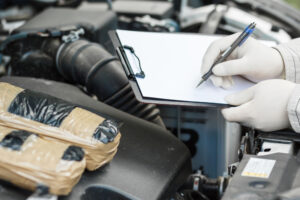 Drug busts and seizures by Minnesota law enforcement nearly doubled in 2019, with many street drug seizures outpacing their 2018 results.

According to the Minnesota Department of Public Safety, seizures for methamphetamine, prescription pills, hashish or marijuana wax, heroin and cocaine all increased in 2019 compared to 2018 seizures. Marijuana seizures dropped by half in 2019, but seizures for marijuana concentrates like wax increased 62 percent in 2019. Officials believe many of the concentrated forms of the drug are being brought in from nearby states that have legalized recreational marijuana.

Other important findings from the data include:

A lot of these numbers are driven by large scale drug busts, but these statistics also suggest that a fair amount of people are being charged with possession of illegal drugs. You may not think that a drug possession charge is a big deal, especially if you’re only carrying a small amount, but a drug possession conviction can have serious repercussions for your future.

A drug possession charge can impact your ability to get into the college of your dreams, to land that promotion or first job or to get a housing application approved, to name a few. It can also cost you scholarships or get you kicked off your high school team, so don’t just plead guilty and hope the issue stays hidden, because it will show up on a background check. The best thing you can do for yourself if you are facing criminal drug charges is to speak with a criminal defense attorney like Avery Appelman.

We’ve worked with a number of people facing drug charges in the past, and we know how to not only help you beat the charges but to help get your life back on track. We have connections in the substance abuse community and can help you talk to someone or attend a class that can help you get the most out of your life. Let us help you take that first step to a better you. For more information, or to set up a free case review session where you can sit down with a lawyer and go over your case and your options, give us a call at (952) 224-2277 or click here.