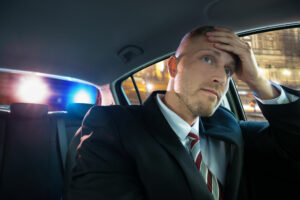 The Minnesota Supreme Court voted 4-3 that individuals suspected of driving under the influence of alcohol do not have the right to consult with a lawyer prior to submitting to a blood test if the police officer has a warrant.

The hotly contested ruling is another blow for the legal rights of drivers all across Minnesota. Under previous case law, the Supreme Court had ordered that accused individuals have the right to speak to legal counsel at all critical stages of a prosecution, including pretrial procedures that could impair the person’s defense. The previous case law established that alcohol concentration testing under the implied consent law is a critical stage, and that drivers do have a limited right to counsel before submitting to a blood test. So why did the Minnesota Supreme Court disregard this previous holding? Because citizens were apparently getting too many rights.

Let us explain. A few years ago, it became law that in order for police to charge someone with refusing to submit to a urine or blood test, the officer must first have a warrant for the sample. This makes sense, because urine and blood samples are inherently intrusive, and if refusing to submit to these tests is going to be a crime, police should need to have a warrant for its collection. However, with this newly established protocol came a chance for lawmakers to again restrict some of the rights of their citizens. Although police now need to get a warrant for a blood or urine sample if they are going to be able to penalize a person for refusing to submit, the Supreme Court stripped away a person’s right to talk to a lawyer if police have a warrant.

The majority opinion essentially said that since police have a warrant (which again is now required), that the suspect is no longer afforded the option to talk to legal counsel because in other types of warrant executions, those suspects are not afforded the right to a lawyer.

“We have never held that the Minnesota Constitution provides the subject of a search warrant with the right to consult counsel before a warrant can be executed.”

It’s such a poor holding to compare the execution of, say, the search of a suspected drug house, to that of a warrant for a blood sample of a DWI suspect. The DWI suspect is in a much more unique situation, either they comply with the search warrant and potentially incriminate themselves based on their BAC, or they refuse to submit to a blood test and face charges stemming from the state’s implied consent law. It seems wholly unreasonable that a person cannot take a couple minutes to contact a criminal defense lawyer and at least make sure they understand the possible ramifications of either decision.

Justice Natalie Hudson, who penned the dissent, recognized our concerns when she wrote that police now have a playbook for depriving a citizen of their ability to seek legal counsel at a critical stage.

“Drivers will still be left without guidance about the legal ramifications of their decision and will still have to make a critical and binding decision that will affect them in a subsequent DWI prosecution,” Hudson wrote.

One small step forward, one huge step backwards when it comes to individual rights during suspected DUI traffic stops in Minnesota.