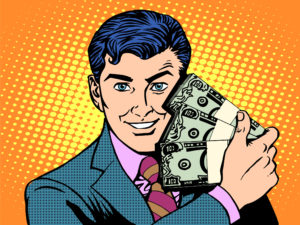 You might not know this about me, but I love collecting both comic books and sports memorabilia, so I always keep tabs on conventions involving these types of collectibles. One such event that I followed was the San Diego Comic Con, which ended last week. My interest in collectibles and criminal law intersected when I read a story by NBC San Diego about how attendees could avoid falling victim to con artists at Comic Con.

According to the story, while more than 150,000 attendees flock to Comic Con each year, so too do con artists. A large portion of the convention is dedicated to viewing and sometimes bidding on or purchasing rare comics or collectibles, but not every piece is genuine. Retired FBI agent Timothy Fitzsimmons was interviewed for the story, and he estimated that about 10 percent of collectibles are either forged or fake. When it comes to signatures, it’s even worse. Fitzsimmons said about half of all sports and celebrity autographs are forged.

“Buyers need to beware because there are a lot of forgeries out there,” said Fitzsimmons.

Obviously nobody wants to be taken advantage of and shell out hard earned money for fake memorabilia, and knowingly selling forged or fake items is actually illegal. Under Minnesota law, in order to be guilty of fraud, a person must prove that a scammer:

Fraud can sometimes be hard to prove when we take a closer examination of the word “knowingly”. A scammer could likely argue that they did not know the item was forged, claiming that they bought it from someone who said it was real. That being said, if someone is selling forged tickets to an event, or gets caught with a boatload of forged memorabilia, it will be easier to prove that they were knowingly misrepresenting an object with the intent to deceive you.

If you have been a victim of fraud or need help beating fraud charges, reach out to Appelman Law Firm at (952) 224-2277. And along a similar line, as an avid collector, if you have some sports memorabilia or rare comics that you’re interested in selling or trading, connect with me on our social channels or by giving our office a call. I’m always looking for the next cool collectible, so give us a call!