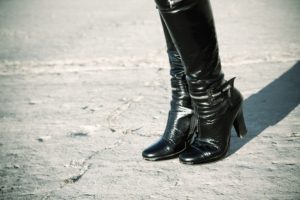 The old adage suggests that prostitution is the world’s oldest profession, but here in Minnesota, it is both illegal and punished severely. If you are facing a solicitation charge, it’s imperative that you hire a defense attorney to help navigate your situation and help you find a healthy resolution to your case. In today’s blog, we take a closer look at some common defenses to a solicitation charge in Minnesota.

The optimal defense for your prostitution case will depend on the circumstances of your arrest, but here’s a look at some of the more common routes that defense attorneys pursue.

Entrapment – Entrapment occurs when a law enforcement officer entices a person to commit a crime that they would not have committed but for the officer’s actions. If your lawyer can prove that an undercover officer went too far in recruiting or ensuring someone followed through with a decision to pay for sexual services, you may be able to have the charges thrown out. There’s no point in trying to catch individuals with undercover agents if that individual wasn’t going to commit prostitution if not for the actions of the undercover agent.

Agreement Was Never Made – Just because you let an undercover agent into your vehicle or you go into a motel with one, it doesn’t mean you’re engaged in prostitution. Until money is exchanged, it’s will be very hard for the prosecution to prove that you were committed to going forward with prostitution. If the police jump the gun and arrest you before you actually committed a crime, your defense attorney can make an argument that no agreement was ever made and the charges are a sham.

Due Process Violation – If your rights were violated during the process of your arrest or interrogation, you may be able to have the charges dropped as a result of a due process violation. Criminal proceedings need to be handled in a certain manner, and if the officers are reckless with their conduct at any point during your case, you could argue a due process violation.

Unaware You Were Engaging With A Prostitute – Finally, you need to knowingly engage in prostitution in order for it to be considered a crime. If you did not know you were conversing with a prostitute or an undercover agent until things go too far and you end up in handcuffs, you can argue that you didn’t intend to commit the crime. Once an agreement has been reached, it will be tough to claim that you did not know what you were engaging in, but the fact of the matter is that intent matters.

If you find yourself facing a prostitution charge in the greater Twin Cities area, let the team at Appelman Law Firm help you out. You can face significant fines, jail time and the stigma of a prostitution charge on your record, so let us go to bat for you. For more information, or to talk to a lawyer during a free case evaluation, give our team a call today at (952) 224-2277.