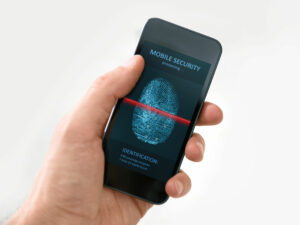 Nowadays almost everyone has a smartphone, and while it has become an essential part of our daily lives, it also often holds some conversations and data that we’d like to keep private. Even if these conversations and images aren’t outright illegal, they may not be something we’d want to share with the world. Sometimes these texts and pictures do cross a line and become illegal, but as long as nobody accesses your phone, you should be fine.

But what happens if you’re stopped by a police officer who thinks you were texting behind the wheel or who wants to check your phone to see where you bought that baggie of marijuana? Can they legally check your phone or force you to unlock your device? The answer is more complicated than you may think.

Unlocking Your Cell Phone For Police

We decided to write this blog after reading a story about a man in Florida who had quite the ordeal after refusing to unlock his phone for police officers. In that story, William Montanez was stopped by police for a small-time traffic violation when police asked about the smell of marijuana in his car. He admitted to having a joint, and during an eventual search of the vehicle they found two small bottles of what they believed to be THC oil (a felony in Florida) and a firearm in the glove box (which enhanced his felony THC oil possession charge). Police also confiscated two cell phones, and on one lock screen a text message appeared that read “OMG, did they find it?”

Officers demanded the passwords to the cell phones, saying they’d get a warrant if he refused. Montanez believed they were going to search for evidence against him, and he also had photos of his girlfriend on his phone that he didn’t want police viewing, so he refused. He was thrown in jail for drug and weapon possession, but was bailed out shortly thereafter. Five days after his release, police approached him with warrants for the passcodes, but again he refused. A judge ordered him locked up for contempt, and he served 44 days in jail before the THC, gun and contempt charges were dropped. He did plead guilty to a misdemeanor possession charge.

The case is a microcosm of the clash over cell phone rights in the United States. State Supreme Courts across the country have heard a wide variety of similar cases in which a person has challenged their right to provide a password, a thumbprint or facial recognition ability to unlock their cell phone. States are handling the cases differently, but the battle over Fourth and Fifth Amendment protections remains. Is a search of your cell phone an unreasonable search and seizure, and if you have incriminating evidence on your phone, should you be allowed to refuse to provide the password on the grounds that it could be used to incriminate you?

How Minnesota Handles It?

As you might have guessed, like many other states, Minnesota doesn’t have a clear law on the books in regards to the issue. Similar to when they want to search your car, police will try the one legal tactic they have to get what they want in the moment, and that’s by asking for your permission to conduct the search. If you give them permission, they can legally search your car, phone or home even without a warrant. They may even try to intimidate you during this process by saying things like, “If you have nothing to hide, why not just let us check?” A perfect response to this question is to say, “Because I’m protected by the 4th Amendment.” If they truly believe they have enough evidence to get a warrant to search your home or possessions, let them get a warrant.

The biggest legal issue begins if police do just that. If they get a warrant to search your phone or vehicle, you must either choose to let them search or be arrested for contempt of a court order, which means they’ll then search your possessions as soon as you’re in handcuffs. So while you may be compelled by an order to hand over your cell phone, Minnesota doesn’t have any clear law on whether you need to unlock the cellphone. Police will compel you to do so and may even threaten you with more legal action, but your best bet in this situation is to contact a defense attorney like Avery Appelman.

Depending on the circumstances and what’s on your phone, we can provide you with answers and legal direction. We can also help defend you against any charges that police bring forth. Don’t be intimidated by police officers who are trying to violate your protections guaranteed by the constitution, talk to a lawyer and get the defense you deserve. To set up a free case review or strategy session, call us at (952) 224-2277.