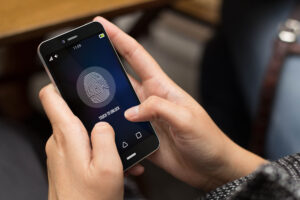 Even if you have nothing to hide, you can start to feel a little uneasy if somebody else were to start sifting through your phone. You may not have anything illegal on it, but odds are you have some pictures or messages that are between you and someone else, and having a third party looking at your phone can feel like an invasion of privacy. Phones often carry intimate and specific details of a person’s life, which is why it can feel so threatening if a police officer demands to search your phone during an interaction.

Do you have to turn over your phone, or are you protected against illegal searches and seizures? We explain how Minnesota handles cell phone searches in today’s blog.

Whether you are pulled over for being suspected of texting and driving or an officer wants to search your phone after you’ve been seen leaving an area with suspected drug activity, there are only two ways in which police can force you to unlock and search your cell phone:

Let’s take a closer look at each of these points. The first is pretty obvious. If you give police permission to search your phone and you unlock it for them, they can legally search through your phone for evidence. Even if you think there’s nothing that can incriminate you, it’s in your best interest to decline a request to search through your phone. Just say something along the lines of “I’ll gladly unlock my phone and provide it for a search if you get a warrant that explains what you’re looking for.” You are within your rights to keep your device locked.

The next point is a little trickier. For starters, police are allowed to search through your phone if you are placed under arrest. If you don’t have a passcode on your phone, they can search through it to find the information they want. However, if you have a password or facial recognition, now is when they will likely say that you need to unlock your phone for them. After all, since you’re under arrest, it may seem like you need to comply with their orders. This is simply not true.

A Minnesota Supreme Court case ruled that police are allowed to force a person to unlock their cell phone so it can be searched, despite pleas of a man who said that providing his fingerprint would be in violation of his 5th Amendment rights to avoid self-incrimination. The state Supreme Court ruled that unlocking the device only required physical evidence and not the contents of his mind, therefore there was no 5th Amendment violation. The Minnesota Supreme Court stated that a suspect can be required to provide a fingerprint to unlock a phone, but only when police have:

If even one of these circumstances does not exist, you do not need to unlock your phone for a police officer. If you believe your cell phone search was conducted illegally by police, reach out to Avery and the team at Appelman Law Firm today.