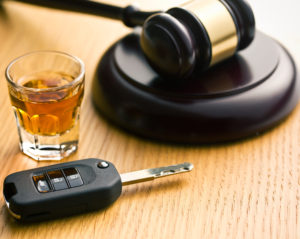 It would be very helpful to know with 100 percent certainty that you were legally able to drive every single time you got behind the wheel, but alcohol affects people differently. We have the standardized 0.08 legal limit, but people will reach this point through different consumption levels. Some people won’t reach that point after five beers, whereas someone else can get there after only one drink. That leads to the question, “Can I get a DWI if I only had one drink?” We explain why the answer is yes is today’s blog.

It is certainly possible to get a DWI after only one drink. That’s because a 0.08 BAC isn’t the only factor that determines if a person is driving while impaired. 0.08 is the most standard measure of impairment, but it isn’t the only measure. If an officer has reason to believe that your driving ability has been impaired by alcohol, they can place you under arrest for DWI in the absence of an elevated BAC reading. In other words, if the officer sees you swerving or driving erratically and they smell alcohol on your breath, you an still be charged with DWI even if your BAC isn’t above 0.08.

It’s also possible for you to end up over the 0.08 limit after only one drink. Now, it’s unlikely that you’ll get there after only one beer, because a typical 12-ounce beer with roughly a five percent alcohol content tends to raise your BAC by about 0.02. However, that only accounts for the average light beer. If you end up having a 32-ounce pour of a high ABV porter or IPA, it’s certainly possible that the “one drink” could put you over the 0.08 legal limit.

And that’s just looking at beer. Mixed drinks and cocktails can ramp up the alcohol content in a hurry. A standard shot is considered 1.25-1.5 ounces of 80 proof (40 percent ABV) alcohol, but again, not all hard alcohol contains the same amount of alcohol. Everclear, for example, is between 60-95 percent alcohol, and the most potent version has even been banned in 11 states. Mix a little of that in your drink, and your BAC can skyrocket in a hurry.

The same can be said for mixed drinks that combine alcohol. Despite its innocent sounding name, a Long Island Ice Tea is essentially all booze, so even just one of these cocktails can send you over the 0.08 limit and put you in danger of a DWI.

At the end up the day, it’s highly unlikely that you end up with a DWI if you just have one drink, so long as it’s a standard 12-ounce beer. However, if that one drink is more than 12 ounces and has a high alcohol content, it’s certainly possible that you can end up in handcuffs facing a DWI charge after just one drink.

If you need legal assistance for your DWI, whether it was after one or 10 drinks, reach out to the experienced drunk driving lawyers at Appelman Law Firm today at (952) 224-2277.