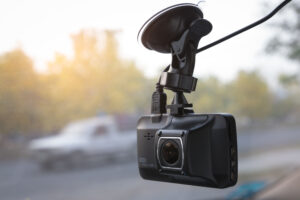 Dash cameras, once used primarily by police officers to record footage from inside the squad car, are becoming much more popular in civilian vehicles. While the vast majority of the footage recorded is nothing out of the ordinary, footage of an accident can make or break your claim with the insurance company by proving who was truly at fault. But could this same technology that helps sort out insurance claims also aid you during a criminal investigation? We explore how personal dash cameras could be used to help with your DUI offense.

We’re going to acknowledge that this is a pretty niche subject that may only help a handful of people in Minnesota every year, but for those individuals, this information could be life changing. We’re not saying everyone should run out right now and invest in a top of the line dash cam for their vehicles, but at the same time, they are a relatively cheap option to provide clear testimony if something happens behind the wheel. Again, this is typically more useful for accidents, but it could prove beneficial after a DUI arrest.

While a fair amount of DUI arrests involve an overwhelming amount of evidence against the accused, every year thousands of Minnesota end up being convicted of drunk driving due in large part to the testimony of the arresting officer. In many instances it comes down to your words versus their word, and you need to go above and beyond in order to have a judge see your word as more reliable than that of a cop. In these instances, dash cam footage could be just what you need to highlight that your testimony is the god’s honest truth.

Now, in many instances, a police officer will have a body camera or their own dash camera recording of the incident, so oftentimes there is already a recording of what’s happening. Oftentimes that’s a good thing, because a recording is less biased than a person. However, if the officer doesn’t have their body camera on and the dash camera doesn’t pick up audio from your interaction, it could just end up being your word against theirs. If your dash camera records audio of your conversation or can debunk claims about your driving prior to being stopped, it could make all the difference in the case.

Lack Of Probable Cause

Again, this is going to be tough to prove, which is why it’s so important to have a defense lawyer who can help you build a strong case. It’s unlikely that your camera will be able to prove beyond a shadow of a doubt that you were not drifting in your own lane, but if there is direct evidence that the officer’s statement is false or that they used unlawful tactics during the encounter, you could get the charges dropped.

So if you have been arrested and your dash camera recorded the incident, bring the footage to your lawyer. At a minimum it will help plan other aspects of your defense, but it could prove crucial in undermining the state’s case in other ways. To talk to a lawyer about your options after a DUI, or to start building a defense, reach out to Avery and the team at Appelman Law Firm today.