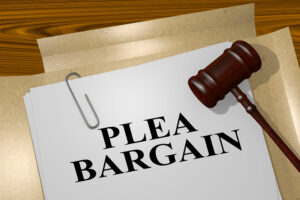 DUIs are one of our fortes, and we’ve won a lot of cases for our clients outright. But before we go to court and fight our case in front of a judge, we’re often in talks with the prosecution about a plea deal. Plea deals can be great for an individual accused of a crime because you know exactly what’s going to happen and the penalties are typically much less than what could happen if you go to trial.

One avenue that is often pursued in a DUI case is to secure a plea deal that has the driver plead guilty to reckless driving. The driver avoids the potential for serious jail time and the loss of their driver’s license, and the prosecution gets a conviction on their record and frees up their case load. While it may seem like a win-win, there are some things you should know before you sign off on the DUI plea deal.

Before You Agree To A DUI Plea Deal

Here are some things to keep in mind before you sign off on that DUI plea deal.

1. Give and Take – Both sides are going to have to bend a little during plea negotiations, but you can work to negotiate what you want out of it too. Don’t just assume that what’s being offered is the final option. If you want to avoid jail, keep your license or perform community service on the weekends, see if the prosecution is willing to work that into the deal. A lawyer can help achieve your plea deal goals.

2. Don’t Admit To Anything During Negotiations – You may be working towards a solution, but during discussion, remember that the other side is still making an active case against you. Don’t admit to anything during these discussions that could be used against you if you don’t end up making a deal. Don’t assume that because they are negotiating with you that they are on your side. They’re not.

3. Be Wary of Last Minute Deals – A lot of deals come down to the wire, but make sure you run them by your attorney. Maybe their case has fallen apart and they hope you’ll take a deal, or maybe the arresting officer can’t make it to court to testify against you. Be wary of last minute deals that seem too good to be true, because there’s probably a reason behind it. Your lawyer can provide you with a better sense of whether or not to accept a last minute deal.

4. Judge Has To Sign Off – Even though the defense and prosecution come to an agreement, nothing is set in stone until the judge signs off on it. It’s rare for a judge to reject a deal that both sides agree on, but it does happen, so don’t celebrate until it’s cleared by a judge.

5. No Is Always A Option – Finally, don’t get pressured or bullied into signing a plea deal that isn’t right for your situation. It’s your fate, so if you’d rather roll the dice at trial, that’s your decision. You can pursue alternative counsel options if your own lawyer is the one pressuring you to take the deal, although they may be saying things based on their professional insight into how they see the case playing out. It’s your decision, but lean on the advice of people you trust.

If you need help after a DUI arrest or want to learn more about your plea options, reach out to Avery Appelman and the team at Appelman Law Firm today.