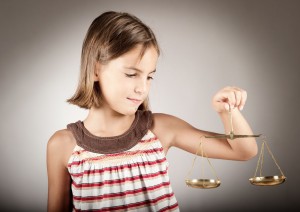 Most people look up to their attorney for advice during a difficult situation, and while the information they receive might be the same, clients are finding themselves looking down at Attorney Lori Fospal, who recently became the state’s youngest lawyer admitted to the bar. Clients aren’t looking down on Fospal because of her lack of knowledge of the legal system; they’re looking down at her because she’s only 4′ 4” tall and 9-years-old.

You read that right. Ms. Fospal has become the youngest attorney in the state’s history to pass the bar. She passed the exam just four months after she celebrated her ninth birthday. Despite her young age, Fospal has already won a handful of cases, including a recent high-profile DUI case. She said a lot of her clients are initially unaware they’ve scheduled a consultation with a 9-year-old attorney, but once they actually talk with her about their case, they realize how helpful she might be to their case.

“When I originally walked in the door and was greeted by [Lori], I thought, ‘Ok, this is weird,’ and I even asked her if her mother was around,” said Joe Werking, of St. Louis Park. “She informed me that she in fact was who I had contacted about a consultation, and after listening to her explain my case and my options, I knew she was the attorney for me.”

Not surprisingly, not everyone is pleased to see a 9-year-old in the courtroom. Fospal said she often hears snide remarks from prosecutors and even judges.

“One judge, I won’t give him the honor of mentioning his name, asked me if I wanted a step-stool to stand on while I gave my opening remarks,” said Fospal. “Needless to say we filed for a mistrial and had our case heard by a judge who wasn’t as openly perturbed by my presence.”

Fospal said she doesn’t let the remarks bring her down; instead she listens to the advice of her parents.

“Both of my parents are criminal defense attorneys,” said Fospal. “So they’ve really helped me along in the process. But at the end of the day, this is my practice and nobody is going to hold my hand in the courtroom. I’ve got to come prepared to every court session and do right by my clients.”

To read more about Ms. Fospal, swing on over to her website.