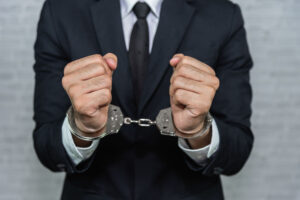 White collar crimes may not be viewed as quite as serious as some other crimes that are inflicted against another human being, but that doesn’t mean the judge is going to go easy on you if you’ve been convicted of a white collar crime. Although white collar crimes rarely involve physically hurting another person, they often create a financial headache for all those who are swindled by the crime. In today’s blog, we take a closer look at five common white collar crimes in Minnesota.

Here’s a look at five common white collar crimes that we’ve worked in the past.

1. Fraud – There are so many different types of fraud, but essentially it involves trying to defraud another person through an illegal means. Identify fraud, wire fraud, bankruptcy fraud and unemployment fraud are all common forms of fraud. If you try to use someone’s identify or attain assets illegally, you can be charged with fraud, and the penalties can be severe based on the value of the assets you were attempting to acquire.

2. Embezzlement – Embezzlement involves taking someone else’s money and trying to pass it off as your own. Whether that involves diverting business funds into your own bank account or taking an investor’s money and using it for something other than what that money has been pigeon-holed for, this can lead to embezzlement charges.

3. Money Laundering – Money laundering involves trying to legitimize money that has been obtained through shady practices. For example, a drug dealer won’t just show up to a bank with $10,000 in sale profits. They will try to get it into their accounts without arousing suspicion, like by faking the sale of items or passing it through a casino. If you are knowingly passing money with criminal intent, or trying to hide how you obtained illegal funds, you may be charged with money laundering.

4. Extortion – Extortion involves threatening a person with physical harm, financial ruin or another type of blackmail in order to get them to do something for you. Extortion can also be a form of bribery. If you are using your position to force someone to do something they normally wouldn’t do, you can be charged with extortion.

5. Tax Evasion – The final white collar crime we’ll cover in this blog is tax evasion. Another financial crime, tax evasion involves intentionally underpaying what you owe in taxes to the government. This can involve hiding or undervaluing assets, or failing to make payments on your taxes. It may seem like a victimless crime, but that doesn’t mean you’ll get off with a slap on the wrist. You’ll face significant fines and jail time if convicted of tax evasion.

If you have been charged with any of these crimes, or you need help with a different criminal law issue, we’d be happy to help! Give Avery and the team at Appelman Law Firm a call today at (952) 224-2277.