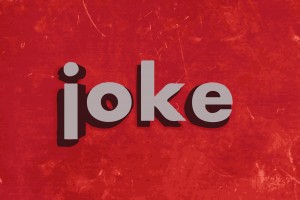 Every so often a client will come in for their free consultation and tell their favorite lawyer joke to see if we have a sense of humor and can laugh at ourselves. We’ve heard hundreds of lawyer jokes over the years, so we’ve compiled them into a list of our 10 favorite. Here’s a quick look at 10 of the funniest lawyer jokes we’ve heard.

1. A secretary, a paralegal and a lawyer in a Minnesota law firm are walking through Como Park on their way to lunch when they find an antique oil lamp. They rub it and a Genie comes out in a puff of smoke. The Genie says, “I usually only grant three wishes, so I’ll give each of you just one.”

“Me first! Me first!” says the secretary. “I want to be in the Bahamas, driving a speedboat, without a care in the world.”

“Me next! Me next!” says the paralegal. “I want to be in Hawaii, relaxing on the beach with my personal masseuse, an endless supply of pina coladas and the love of my life.”

“You’re next,” the Genie says to the lawyer.

“I want those two back in the office after lunch.”

2. What does an attorney who works from home call his office?
A: His legal pad.

3. What’s the difference between a lawyer and a herd of buffalo?
A: The lawyer charges more.

4. A man walked into a lawyer’s office and asked him how much he charged.

5. I busted a mirror the other day. That’s seven years bad luck, but my lawyer thinks he can get me five.

7. What did the lawyer name his daughter?
A: Sue. And his son? Bill.

8. Why do they bury lawyers 10 feet under instead of 6?
A: Because deep down, they’re good people

9. What do lawyers use for birth control?
A. Their personalities.

10. What’s the difference between a lawyer and a liar?
A: The pronunciation.

We hope you laughed at a few of these. Heard a better one? Tell us your joke in the comments section!