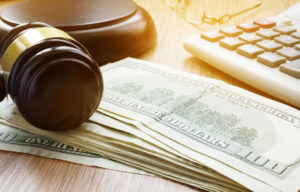 Last week, California became the first state to abolish the cash bail system. On the surface, some are championing the move as something that will make the justice system more fair for individuals of all wealth, as it may help some individuals who would otherwise not be able to afford bail. However, some believe that scraping the cash bail system actually makes it worse for defendants.

According to the new system, individuals will be evaluated on their risk to public safety and the likelihood that they’ll attend their court appearances, as opposed to their ability to post a certain bail amount. These evaluations help determine if a suspect will be held while awaiting trial or released.

“This is a transformative day for our justice system,” said Tani Cantil-Sakauye, the chief justice of California and a main backer of the legislation. “Our old system of money bail was outdated, unsafe and unfair.”

The law will go into effect in October of 2019.

Too Much Power To The Courts?

While some lawmakers believe the move to scrap cash bail will keep poorer individuals out of jail while they await trial, some experts aren’t so certain that the system is in the best interests of defendants. Natasha Minsker, an advocate in the California branch of the American Civil Liberties Union, said the bill could give too much power to the courts to dictate who remains in jail and who goes free before trial.

“The bill gives a lot of power to the courts, which may be used in ways that raise concerns,” said Minsker, adding that it “lacks protections against racial bias.”

Risk assessments will be made by the state’s Judicial Council, a group that sets rules for California’s courts. They’ll group offenders into low, medium or high risk groups, then the court will determine if it is reasonably safe for the public for them to remain out of jail while they await trial.

Avery Appelman said the change simply puts too much power in the hands of judges.

“This gives way too much power to Judges to make a determination based on some algorithm,” said Appelman. “Folks are presumed innocent until proven guilty.”

Appelman went on to explain how Minnesota handles cash bail and why it’s a better system than what California is shifting towards.

“In Minnesota there is a guarantee that the court will set an unconditional cash bail in every criminal case. It hampers the ability to fully defend when the defendant is locked up pretrial because access is restricted, it’s challenging to pass and process information in short term, it requires meetings at the county jail compared to the law office, and the defendant is unable to assist in the investigation when locked up. Additionally, this says nothing about the stigma attached to being locked up without being convicted. What happens if the defendant is acquitted or the case dismissed sometime before trial? The defendant could have lost their job, family friends, and missed out on significant family experiences. It’s hard to justify not having a bail system in place.”

For more information on California’s new bail system or how bail works in Minnesota, reach out to Appelman Law Firm today at (952) 224-2277.