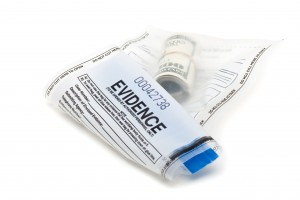 Although it sounds more like a headline we’d use on April Fool’s Day, sadly, it’s not. Yesterday the Minnesota Supreme Court issued a ruling saying unconstitutionally seized evidence can be used in the court of law.

Now, it wasn’t exactly that straightforward, but it should still be a cause for concern for the general public. The full ruling states that unconstitutionally seized evidence can be submitted in the court of law so long as the authorities who collected it did so with “the good-faith belief” that they were following legal precedents in place at the time of evidence collection.

The measure passed by a vote of 4-3, and the majority side justified their decision by stating that the narrow decision was not likely to affect a lot of cases, but that’s impossible to predict. The majority side also stated that the U.S. Supreme Court has already granted some good-faith exceptions to the exclusionary rule, but the three dissenters said the state Supreme Court has repeatedly gone against such exceptions.

The case at the center of the controversy centered around an Aitkin County woman who was convicted of drunken driving after police took a blood sample from her without a warrant. While her case was being appealed, the U.S. Supreme Court ruled that blood draws without warrants were unconstitutional, so she challenged her case on the new grounds. Despite the new precedent, the majority group upheld her conviction, writing that the exclusionary rule did not apply in Minnesota “when law enforcement acts in objectively reasonable reliance on binding appellate precedent.”

Justice Alan Page wrote a scathing dissenting opinion in which he stated that the ruling won’t likely be as “narrow” as the majority believes it will be, and that the Minnesota Supreme Court has steadfastly rejected good-faith exceptions until now.

“The opinion can only be read as opening the door to adoption of the whole panoply of exceptions,” Page wrote. “The court’s suggestion that it can pick and choose ‘fragments’ of federal good-faith jurisprudence is nonsense.”

It’s a shame that Justice Page is retiring at the end of the month after 22 years on the bench. He certainly seems to have our 4th Amendment protections in mind during his decisions. This new precedent essentially states that police can illegally obtain and present evidence in court so long as they thought they were doing the right thing, even if new information suggests otherwise.

We’re continuing down a path of “so long as the ends justify the means” in Minnesota, and it’s our constitutional protections that are being lost along the way.