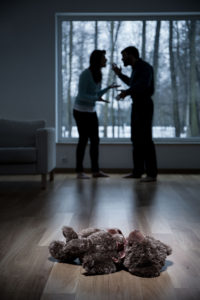 Domestic violence is a major problem in Minnesota and throughout the United States. We always try to spread awareness about the issue by highlighting the annual Femicide Report and by explaining your legal options if you want to file an order for protection. However, we also know that not every claim of domestic violence is valid, and the victims of false allegations need representation in the criminal justice system.

That’s the focus of today’s blog. Below, take a look at three common defenses we pursue when a client has been accused of committing domestic violence.

Every case is different and warrants its own analysis, but here’s a look at three defenses that are commonly used when fighting back against domestic violence charges.

If the police are called and witness a physical altercation between a couple, more often than not the man will end up facing domestic violence or battery charges. However, the police may have not been their when the woman smacked the man with her shoe or threw a glass at his head. You are within your rights to defend yourself or others against harm, but it can be hard to prove that your partner was the original aggressor if your defense actions serve to escalate the situation. Try to remove yourself from the situation first and only physically confront the other party if you have no other options. Witnesses or video evidence can help support your self defense claim if you end up facing domestic violence charges.

Unfortunately, we’ve also seen situations where one party makes up false allegations against the other for a variety of reasons. Maybe it is done to win favor in an upcoming child custody battle, or it is simply done out of contempt. The best way to beat false allegations is to tell the truth about your situation since you have nothing to hide, and listen carefully to the accuser’s account and the accounts of any “witnesses” or medical experts. Since it’s untrue, there will likely be inconsistencies or points that just don’t add up, and your lawyer can go to work picking apart these details.

3. The Other Party Consented

This defense isn’t used all that often because it’s difficult to prove that the accuser consented to the action when they are now claiming otherwise, but it’s an avenue worth exploring. Obviously we’re not talking about black eyes or broken bones in this scenario, but maybe some signals got crossed in the bedroom and a problem developed. Text messages can generally help to convey some aspects of consent, but it’s still going to be hard to prove that you had consent to do the actions that resulted in criminal charges.

If you or someone you know has unjustly been charged with domestic violence, or you want to reach out to a lawyer and talk about your options with a free case evaluation, contact Appelman Law Firm today.