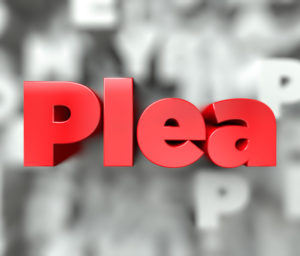 A couple of weeks ago, we shared a story on our blog of the bus driver that was arrested for driving drunk while transporting 35 kids to a local YMCA camp. Shawn Zelazny was charged with driving under the influence, and we recently learned that he filed a Norgaard plea in court. But what is a Norgaard plea, and what does it mean for the case? We take a closer look at Norgaard pleas in Minnesota in today’s blog.

A Norgaard plea is used in situations where a defendant wants to take advantage of a plea deal, but because of their mental state at the time of their arrest, they cannot recall specific events or facts related to the case. During a standard plea deal, a person is placed under oath and asked whether they remember the events in question and if they admit to the committing the offense. If you can’t remember the facts of the case, then you either have to say “No,” which would put your plea deal in limbo, or you have to commit perjury and lie by saying that you do remember the facts as they are being read.

This is where the Norgaard plea comes into place. When a person enters a Norgaard plea, they are stating that they cannot remember the events in question, but they still want to take advantage of the ability to make a plea in their case. In the Zelazny case, he pled guilty through a Norgaard plea to second-degree driving while impaired and driving a commercial vehicle while intoxicated. He was able to plead guilty even though he could not specifically recall all the events as it pertained to his case.

During a Norgaard plea, the defendant must answer a series of questions before they will be allowed to move forward with this type of plea. Here’s a look at those questions.

If you answer these questions appropriately, odds are that a judge will sign off on your Norgaard plea. If your answers are insufficient or the judge deems that the Norgaard plea is not appropriate in this instance, you may have to find another way to plea, but this is rare.

For more information about Norgaard pleas, or for help in the event that you are arrested and charged with drunk driving, reach out to the team at Appelman Law Firm today at (952) 224-2277.