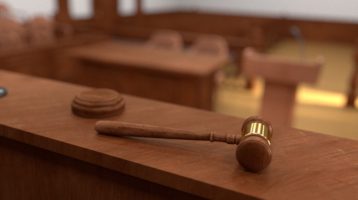 As we touched on a little bit last week during our story on Elizabeth Holmes, the court system is trying to figure out the best way to have essential court cases proceed amid the COVID-19 pandemic. Holmes argued that she can’t put forth the best defense with social distancing preventing her from meeting with her […]

Today, in the wake of the tragic Sandy Hook massacre, President Obama announced that he would be formulating new proposals for gun control nationwide.  Specifically, reinstating the ban on semiautomatic assault weapons which expired in 2004. However, for many Americans—and many Minnesotans—the current firearm laws still remain a mystery. So what are the current gun […]

In Minnesota, Ignition Interlock is mandatory device system which allows alcohol offenders to regain their driving privileges. As of 2011, it became a required mandate for all DWI offenders with a BAC of 0.16 and above. The Interlock Ignition device requires the driver to give a breath test for alcohol before starting the car. It also […]

When facing any criminal charges, it is absolutely crucial that the accused retain an experienced criminal defense attorney; the case of Eugene Rivetts is testimony to this. In 2009, Rivetts  crossed the median and crashed his Hummer into the Corolla of 19-year-old Ryan DeZurik in central Minnesota. Dezurik was killed, and Rivetts’ passenger Timothy Rausch […]

On May 5th, the Animal Humane Society will be hosting its annual 5-mile Walk for Animals. Appelman Law Firm is an avid participant in the event and after months of fundraising, we will be making the trek on Saturday morning in Golden Valley. In honor of the upcoming event, today we are going to […]