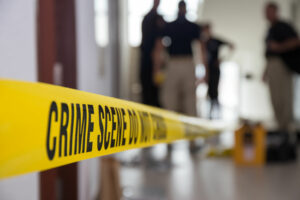 The Minnesota Department of Public Safety Bureau of Criminal Apprehension released its annual Uniform Crime Report on Monday. The report examines the state of crime in Minnesota from the previous calendar year. In many areas, crime dropped in Minnesota in 2018, but some other areas also saw stark increases. We take a close look at the report and its findings in today’s blog.

Here’s a look at some of the findings from the BCA’s report on crime in Minnesota in 2018:

Andy Skoogman, excutive director of the Minnesota Chiefs of Police, said he was encouraged by a number of the findings.

“There are certainly some very positive findings,” said Skoogman. “[Violent crimes] are the types of crimes that really impact neighborhood or communities. They can make people want to move out and move in.”

Skoogman couldn’t point to why rape reports increased so starkly in 2018, but he believes it may have something to do with the “Me Too” movement and more women finding their voice to come forward and report the offenses.

“It is certainly an issue that is on the forefront of everyone’s mind in law enforcement,” he concluded.

A lot of the data in the report is encouraging, but the findings on sex crimes is quite concerning. More women coming forward to report the abuse likely plays a small part in this increase, but it’s clear that sexual assaults are still occurring at far too high of a rate here in Minnesota.

You can view the full 2018 Uniform Crime Report by clicking here.