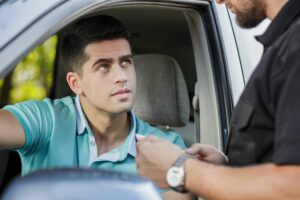 Ramsey County Attorney John Choi and local law enforcement leaders announced last week that they will shift how they police certain traffic stops for minor infractions. St. Paul’s police chief instructed officers not to pull people over for equipment violations unless they were contributing to a public safety concerns, and Choi announced that he won’t prosecute most felony cases that result from non-public-safety traffic stops.

While that may sound a bit odd on the surface, many believe the changes are long overdue. Choi noted that such traffic stops oftentimes disproportionately affect drivers of color, which breeds distrust of law enforcement and feelings of being unfairly targeted. Moreover, these pretextual stops find drugs or weapons less than two percent of the time, suggesting they are largely ineffective.

“For the longest time, we have been policing in a way that is going after that 2 percent, but not recognizing the harm that has been done to communities,” Choi said.

As you might imagine, the proposed changes have bee met with some opposition, but Choi said the old system contributed to a “mass incarceration crisis” based on an “outdated model of values.” Moreover, he said the changes will not apply to situations that endanger public safety. A person will still likely be stopped for a broken tail light, but an air freshener violation will likely be left alone.

Another big reason for the adjustment is based on a closer look at traffic stop data that appears to unfairly target minorities. In St. Paul, 43 percent of drivers who were pulled over last year were Black, while the city’s population is about 16.5 percent Black or African-American.

Choi noted that out of the nine law enforcement agencies in Ramsey County, five have made changes to traffic stops or are discussing the best way to adopt new polities.

The changes don’t mean that you should feel free to let minor vehicle issues go unresolved because you’re unlikely to get pulled over, but it does provide some leeway if you haven’t had time to fix your broken muffler or another issue that doesn’t make you a danger on the road to other drivers. And as always, if you are facing traffic charges after being stopped by police, know that you have legal options when it comes to contesting the citation and avoiding fines or driver’s license restrictions. The team at Appelman Law Firm has been contesting traffic tickets for decades, and we’d love to get you the justice you deserve. For more information or for help with your ticket, reach out to our team at (952) 224-2277.