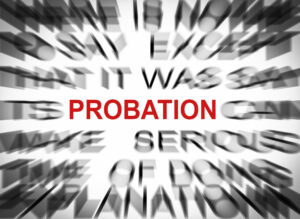 The Minnesota Sentencing Guidelines Commission recently voted to apply a five-year cap to most offenders convicted of felony-level crimes, doing away with extremely long probation sentences.

Longer probation sentences would still remain in place for individuals convicted of homicides and sexual assaults, but for other felony-level offenses, the state would enact a five-year cap on probation sentences. Unless the Minnesota Legislature overrides the decision, the changes will go into effect in August.

One of the biggest arguments in favor of putting a cap on the length of probation sentences came from University of Minnesota law professor Richard Frase, who argued that research shows that there’s little evidence to suggest that extremely long probation sentences achieve the desired result. He said that a five-year probation sentence can be just as effective as a longer sentence.

“There’s a concentration of problems in the first couple of years of supervision, and then it tails off very dramatically after that,” Frase said. “So by the time you get out to five years of probation, most offenders, if they’re gonna fail, they’ve failed already.”

He went on to say that even when offenders follow the guidelines set forth in their probation, problems can occur. Many may find it difficult to get a job or have their rental application approved, and this can make it harder for someone to remain law-abiding.

Probation is a popular option here in Minnesota, so it should come as no surprise that the sentencing tool is always evaluated for effectiveness. Statistics show that Minnesota has the fifth highest probation rate in the United States while also having the fifth lowest incarceration in the country. It’s great that probation can be used as a tool in lieu of a prison sentence, but we need to make sure that overly lengthy probation sentences aren’t causing more problems than they fix. A five-year probation gap may do just that.

Finally, it’s worth noting that the changes would allow a judge to exceed the five-year cap under certain circumstances, so particularly serious crimes can still lead to extended probation even if the felony was not a homicide or sexual assault, which are not currently included in the change. We’ll keep and eye on this change to see if it becomes law on August 1.