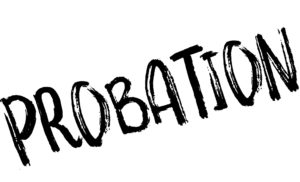 According to the statistics, in conjunction with having the third lowest incarceration rate, Minnesota has the fifth highest probation rate, with 2,328 people on probation per 100,000. So why are the disparities between the two statistics so large?

There are two schools of thought when it comes to why our incarceration rate is so low and our probation rate is so high, and they probably both play a part in the disparity. Some people believe that Minnesota wants to focus on rehabilitation over punishment, and probation allows a person to continue on with their life (with some restrictions) so that a conviction doesn’t snowball into a larger problem. For example, an offender who is sentenced to jail and loses their job may have few job prospects when they are released, and end up turning back to crime. With probation, individuals can learn from their mistakes and continuing moving forward with their life.

Some individuals working in the judicial system believe the probation system needs an overhaul, or at minimum, a re-examination. The reason being is a number of people are finding it difficult to keep up with the terms of their probation. Oftentimes these individuals face probation guidelines that require them to avoid certain establishments, maintain employment, partake in counseling and meet with a probation officer on a weekly basis. Since these offenders can get long probation sentences in Minnesota, these conditions can last for years. It can leave someone feeling like a 90-day jail sentence would be easier than two years of detailed rules.

Some offenders are knowingly and deliberately breaking their probation guidelines, but others simply opt for jail over the constant check-ins and meetings. Statistics show that 32 percent of people on probation in Bemidji County have their probation revoked because they can’t follow the terms set forth during sentencing. Polk County comes in second at 28.5 percent, and the statewide average is 16.5 percent, or roughly one in six people. That number is far too high.

Some proponents of change want low-level offenders to have their probation guidelines reduced or the maximum probation sentencing guidelines reduced to match the severity of the crime. Others want probation to be determined on a case-by-case basis, and not determined by outdated statutes. Legislative proposals to make some changes to Minnesota probation system could come as early as 2018.