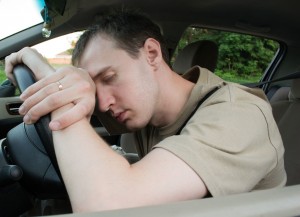 A drug recognition expert (DRE) is an officer who has undergone special training to recognize impairments in drivers and other individuals they encounter. They are trained in spotting impairments from alcohol as well as a slew of drugs. Not only do they help identify drivers who may be operating while under the influence, but they also can testify in court about the suspect’s condition. Today. we take a closer look at drug recognition experts, and the 12 steps of what’s known as a Drug Recognition Exam/Drug Influence Exam (DRE/DIE).

The drug recognition expert program was originally started by the Los Angeles Police Department in the early 1970s when officers began noticing that clearly impaired drivers were blowing zeroes or under the legal limit. The officers suspected that the drivers were under the influence of drugs, but they lacked the knowledge and training to prove their suspicions. In response, the LAPD decided to collaborate with a variety of experts, like medical doctors, research psychologists, and other medical personnel to develop a standardized procedure to recognize drug and alcohol impairments.

The DRE program saw some early success, and it drew the attention of the National Highway Traffic Safety Administration (NHTSA). The two agencies collaborated to develop the International Drug Evaluation and Classification (DEC) Program, which helped show that officers put through the program could accurately identify impaired drivers, as well as the drugs causing the impairment.

Depending on the state and jurisdiction, the examination is considered expert testimony in the court of law.