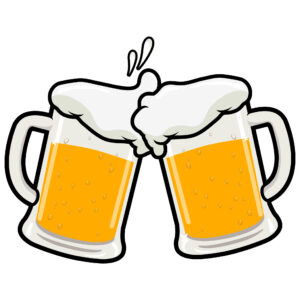 A 33-year-old man from Forest Lake earned two DUI charges in a matter of hours last week during a particularly rough Monday afternoon.

Eric Wilson was booked into Stutsman County Corrections Center on a $750 bond for getting a second DUI in seven years. Although that’s what the charge officially reads, the time between DUIs was actually much shorter.

According to the police report, a trooper with the North Dakota Highway Patrol conducted a traffic stop early Monday afternoon and suspected that Wilson was driving under the influence. It doesn’t say what happened during the traffic stop, but Wilson was ultimately arrested for DUI and booked into Stutsman County Jail. He was released after posting a $500 bond, but it was clear that Wilson had no intention of waiting until he sobered up to get back behind the wheel.

“He had been told he’d not be under the legal limit to drive if he went back to his car,” said Sgt. Benjamin Kennelly of the North Dakota Highway Patrol. “He chose to go back to his car.”

A short while later, a second trooper spotted Wilson in his vehicle and conducted a traffic stop based on the information that the driver was likely intoxicated. Wilson was again arrested for Driving Under the Influence, but this arrest carries more severe potential penalties since it was a subsequent offense. He also faces charges of speeding and operating a motor vehicle with an open container of alcohol.

Sgt. Kennelly said it’s rare to book the same person in such a short period of time, but it does happen.

“Two DUI charges within 5 hours,” Kennelly said. “There have been very few times that has happened.”

Although he was arrested in North Dakota, Wilson will likely face severe driving penalties here in Minnesota. Odds are once the Department of Transportation gets word of his arrest, they will revoke his driving privileges for at least six months. Wilson is going to have a tough time fighting these charges, even with an experienced lawyer by his side. Hopefully he gets the help he needs to avoid a similar situation in the future.