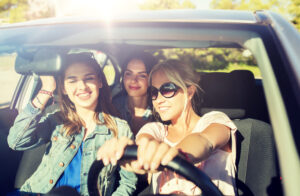 Vanessa’a Law was passed in Minnesota in 2004, and it places some significant restrictions on unlicensed drivers who cause an accident or who are stopped by police. The law was put in place after the death of 15-year-old Vanessa Weiss, who was killed as a passenger when an unlicensed 15-year-old driver was involved in an accident. In today’s blog, we take a closer look at Vanessa’s law and the restrictions it places on unlicensed drivers that run afoul with the law.

Vanessa’s Law is designed to place significant restrictions on unlicensed drivers who endanger others on the road. Here are some of the restrictions a juvenile may face for a violation of Vanessa’s Law:

1. Unlicensed drivers under the age of 18 who receive a crash-related traffic violation will not be allowed to receive their driver’s license, including an instructional permit or provisional license, until after they turn 18 years old.

3. Even if the unlicensed driver has a blood alcohol concentration of .00, they can still be in violation of the above stipulation if an open container of alcohol is found in the vehicle or on a passenger.

5. Any driver under the age of 21 who is convicted of underage drinking and driving will lose their license for at least 30 days, with no limited license or work permit granted during that initial 30-day driver’s license suspension.

If you were convicted of a violation of Vanessa’s Law, don’t assume that everything will go back to normal once you turn 18. In order to gain a driver’s license following a Vanessa’s Law violation, a teen driver must:

Needless to say, an unlicensed driving violation can cause chaos for your driving ability and your independence during your teen years, so don’t just plead guilty and hope for the best. Connect with a defense lawyer, learn about your options and let us secure you a favorable outcome. For more information, contact Avery and the team at Appelman Law Firm today at (952) 224-2277.