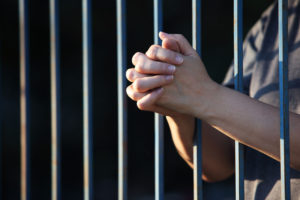 Nobody wants to get a phone call that their loved one has been arrested and thrown in jail, but that’s the reality for a number of families each and every night here in Minnesota. Even if you’ve helped someone get out of jail before, the circumstances may be very different this time around, and that can make navigating the release process tricky. So today, we’re going to share some tips for helping to secure someone’s release from jail after an arrest.

Getting Out of Jail

Odds are you want to get you or your loved one out of jail as soon as possible after an arrest, but you also want to be sure that you don’t sacrifice your ability to beat the charges in order to get out of jail faster. You need to remember that the police are not your friend, and they are working to build a case against you, so don’t take their word that you’ll be able to be released quicker if you just provide a statement. If you’ve been arrested, the first thing you should be doing is asking for legal representation.

If you’re talking to someone in jail who has been arrested, be very clear and direct about what happens next. Do not ask them about details of the arrest or what they did and didn’t do. Instead, ask them where they are being held and what they are being charged with. Once you have this information, tell them that you are going to contact a lawyer and work on getting them out of jail as soon as possible, but for the time being, they should not talk to anyone about their case.

The main reason why you want to keep these calls short and sweet is because in the vast majority of cases, these calls are recorded and not considered private. The last thing your defense attorney wants to do is get a collection of call logs from the police station where you’re telling your parents where you hid the drugs or how you actually drank a fifth of vodka before getting behind the wheel. Know that police are listening in on the calls, and don’t say anything that you wouldn’t want to be used against you in the court of law.

Once you’re done talking to them on the phone, call the experienced lawyers at Appelman Law Firm. We know the laws regarding how long your loved one can be held with or without charges, and we will put pressure on the police to either move forward with a case or to release your loved one due to lack of evidence. We’re not just going to let you sit in jail while police work to collect more evidence against you.

If charges are filed, we can still work to secure your release while court dates are being set, because we know how important it is that you maintain your job and a stable family situation while you sort everything out. We’ve done this for countless clients, and we can do the same for you. For more information, or to get in contact with us so we can help you out of a sticky situation, reach out to the experienced lawyers at Appelman Law Firm at (952) 224-2277.