After a steady decline during the first part of the decade, Minnesota saw its DUI numbers climb back up as the calendar turned to 2020. According to data released by the Minnesota Department of Public Safety, 27,975 motorists were arrested for driving under the influence in 2019. The vast majority of them had too much […] 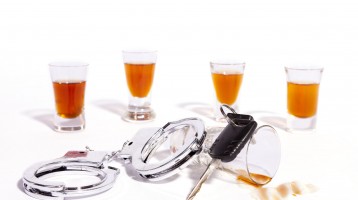 Although Minnesota saw a small increase in DUIs during the holiday season compared to 2013, the state saw an overall reduction in the annual number of drunk driver arrests. A Freeborn County woman with a 0.45 blood-alcohol concentration was one of 2,537 Minnesotans arrested during the “Drive Sober or Get Pulled Over” campaign that stretched […]

As you may have seen on your Thanksgiving travels, police officers are out in full force to catch drunk drivers. This five-day stretch is the most dangerous time on Minnesota roads, so make good decisions when it comes to getting around this holiday. That point can’t be stressed enough if you’re living or traveling through […]