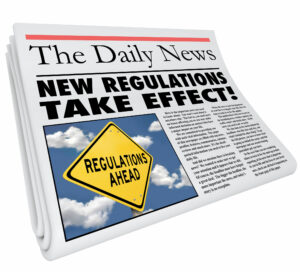 A number of new laws are set to go on the books in just a few days, so we thought it would be worthwhile to go over some of the new regulations so you and your family can be prepared. We’ve done this in the past, and although they don’t all related to criminal law, they are worth knowing. Below, we take a look at some of the new laws that will go into effect in Minnesota on July 1.

We’ll start with the laws that most closely affect criminal law and work our way out from there.

Marital Rape Law – We actually broke this down in a larger post on our blog, but beginning July 1, there will no longer exist a”marital rape exception,” which stated that an individual could not be charged with sexually assaulting their spouse. The Me Too Movement and an incident where a woman was drugged and raped by her now ex-husband were the impetus behind the removal of the exception.

Wage Theft Law – Theft can occur in a number of different ways, and one way that can slip through the cracks is when employers steal from their employees. They can do this by withholding pay, by failing to pay overtime rates correctly or by some other manner in which the employee does not get the compensation they are rightfully entitled to receive. Starting July 1, wage theft will be upgraded to a felony level offense, punishable by up to five years in prison and $10,000 in fines. Nearly 40,000 Minnesotans are affected by wage theft each year. There will also be added protections for workers who report wage theft.