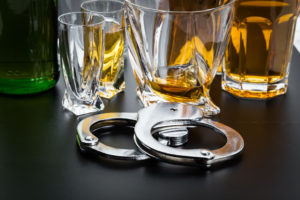 Minnesota police arrested 2,228 people during the 2022 holiday DWI campaign that ran from November 23 through New Year’s Eve, according to a news release from the Minnesota Department of Public Safety Office of Traffic Safety (OTS). Those numbers are up roughly 10 percent from the 2021 campaign that netted 2,012 DWI arrests.

“When a person is impaired, smart decisions aren’t going to happen. Law enforcement saw that repeatedly during the holiday DWI campaign,” said OTS director Mike Hanson. “One bad decision can put so many people at risk. Thankfully, law enforcement stopped those decisions from further endangering lives. Plan a safe ride home if you’re going to drink, take medications or consume other drugs like THC edibles that may put you at risk of a DWI.”

Despite our best efforts, more than 2,000 Minnesotans were arrested for drunk driving over the holiday enforcement period. We knew that some people would still get behind the wheel after drinking, but we had hoped that the numbers would decline compared to 2021. We can obviously help you navigate the court system if you or someone you know ends up facing a DWI or similar charge, but we’d much rather you avoid an arrest altogether. Hopefully we can turn those numbers around in 2023.

For more information about Minnesota drunk driving charges, or to talk to a lawyer about your criminal case, reach out to Avery and the team at Appelman Law Firm today at (952) 224-2277.