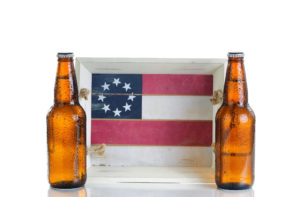 Roughly one in seven Minnesotans have a DUI on their record, but drunk driving isn’t just a problem in the Land of 10,000 Lakes. Drunk driving is problematic throughout the United States with more and more people being charged with it. Different DUI laws in different states means you should go to your local lawyer if you get charged with it. This is because a Boise Idaho Attorney Criminal will go about the process differently to an LA attorney due to the different laws. But which states are affected by DUI the most?

To get a better look at the landscape of drunk driving in America, one website analyzed a whole bunch of data from the Centers for Disease Control and Prevention and from Mothers Against Drunk Driving. Researchers at BackgroundChecks.org examined:

Now before we take a look at the whole United States, let’s see how Minnesota ranked on the list. You might find it surprising based on the 2-star grade Minnesota recently received from MADD, but Minnesota was actually categorized as the 13th best state when it comes to DUI problems. That’s better than any of our neighbors, as Iowa ranked 20th best, Wisconsin ranked 36th, South Dakota ranked 48th and North Dakota ranked 49th. The data showed that Minnesota experienced 115 DUI-related traffic fatalities, which represented 28% of all traffic deaths. Those 115 DUI-related deaths represented a 6.5% increase from the year before, and we had an average of 2.08 DUI deaths per 100,000 people. Minnesota reported 20,830 DUI arrests, which equates to 377 DUI arrests per 100,000 people, and 1.9% of individuals surveyed said they frequently drank too much before driving.

Those are some eye-opening numbers, and to be honest, it’s kind of surprising that those are the numbers of the state that researchers categorized as the 13th best state for avoiding DUI problems.

DUIs Across The Nation

Here’s a look at the 10 states that the site ranked as having the worst DUI problems in the United States.

To see the statistics for each of these states, swing on over to BackgroundChecks.org. And if you find yourself staring at a police officer after a night of drinking, be sure to reach out to Appelman Law Firm to avoid becoming another statistic. Avery Appelman can help you 24 hours a day, seven days a week. Reach him at (952) 224-2277.