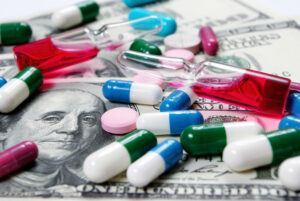 A Virginia doctor was sentenced for 40 years in prison after the court found him guilty of running an interstate drug distribution ring.

Dr. Joel Smithers was convicted for his role in supplying more than 500,000 doses of opioids to patients over a two-year span at his Martinsville clinic. The U.S. is currently dealing with a nationwide opioid crisis where overprescription is one of the key components, which is likely why the court came down so hard on Dr. Smithers.

Cash and Credit Cards Only

According to the prosecution, patients traveled hundreds of miles from neighboring states to pick up prescriptions for oxymorphone, oxycodone, hydromorphone and fentanyl. They allege that he prescribed controlled substances to every patient he saw at the practice he opened in August 2015. Dr. Smithers, 36, did not accept insurance, but collected roughly $700,000 in cash and credit card payments through March of 2017 when federal agents raided his office. Prosecutors also noted that Dr. Smithers often kept his clinic open past midnight in order to see patients, some of whom waited more than 12 hours to see him.

He was convicted of more than 800 counts of illegally prescribing opioids, and the jury also found that the drugs he prescribed caused the death of a woman from West Virginia. He faced life in prison for his actions, but the jury settled on 40 years.

“[Dr. Smithers] his behind his white doctor’s coat as a large-scale drug dealer,” said Jesse Fong, special agent in charge of the Washington division of the Drug Enforcement Administration.

Martinsville police chief Eddie Cassady said he hopes this sentence sends a message to other doctors who try to profit by overprescribing opioids to vulnerable individuals.

“I just hope that this sentence will set an example of what happens to doctors who abuse their authority in prescribing medications for profits,” said Cassady. “Their actions have contributed to the opioid crisis faced by our country.”

As a criminal defense firm, we know firsthand the devastating effects of the opioid crisis, but it’s interesting to see a criminal conviction handed down for illegally prescribing opioids. Obviously Dr. Smithers crossed a very big line, but going after doctors for prescribing opioids seems a bit heavy handed and hardly seems like it will tackle the underlying problem of the opioid crisis. This case was clear and obvious abuse, but I hope it doesn’t become a trend to charge doctors simply as a means to cut into the opioid crisis. We have better ways of curbing the crisis, because as we’ve seen with other types of drugs, a user will find a new supplier if their contact gets arrested. Changes need to come from the top down and be multi-faceted in their approach if we truly wish to put an end to the opioid problem in America.