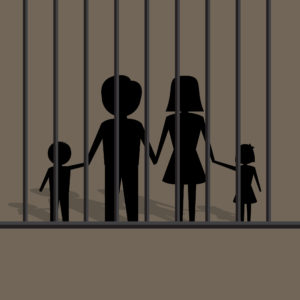 Parents pass down a number of traits to their children, and not all of them are strictly physical in nature. According to new research at the University of California, parents may pass down a predisposition for criminal behavior.

For their research, Sytske Besemer and colleagues reviewed previous studies on intergenerational criminal behavior involving more than 3.4 million children and their parents. The review revealed that children of criminal parents had a 2.4 times higher chance of falling into crime than those children whose parents were not criminals. When adjusted for other factors like socioeconomic status, education and childhood trauma, researchers still found a 1.8 times elevated likelihood of becoming a criminal if the child’s parents spent some time in prison.

Other findings from the study include:

Besemer was clear to point out that the results only showed correlation and not causation, but she believes there certainly is a link between a parent’s actions and the resulting consequences and the effects it can have on a child.

“These children are subjected to a strong combination of risk factors for criminality. They find themselves in the situation where antisocial behavior is easy to learn, in environments with ‘risk factors for criminality,’ and they also bear the brunt of the government’s prejudices towards them. There might well be an inheritable antisocial tendency as well. All of these factors reinforce each other.”

Besemer suggested that the court system look into new interventions for families disrupted by crime so that it doesn’t become an intergenerational pattern.

“Interventions aimed at the children of sentenced parents could be a fruitful starting point. Examples are intervention programes that involve the entire family, such as education and training courses for parents.”