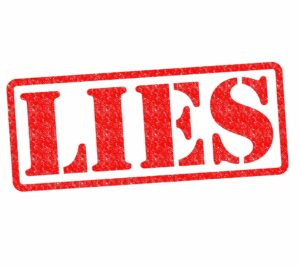 You’ve probably heard that honesty is the best policy, but when talking to cops, that sentiment often goes out the window, especially when you consider that police don’t need to be honest with you. That precedent was set in the case U.S. v. Magallon-Lopez, and in that case police lied to a suspect about the reason they were stopping his vehicle. They were acting on a tip from a criminal informant, but as a way to avoid arousing suspicion, they told the driver he was being stopped for an illegal lane change.

Not surprisingly, the defendant moved to have the evidence against him suppressed on the basis that he was lied to by police. The court upheld the lawfulness of the search, and the defendant was convicted on charges stemming from the information provided by the criminal informant. The defendant appealed the decision, but the appellate court agreed with the lower court, saying that the officer’s lie about the basis of the stop had no bearing on whether the stop was lawful. Therefore, the court ruled that it did not violate any Fourth Amendment protections, so long as the police had reasonable suspicion that the driver was engaged in criminal activity.

Can Police Lie To Your Face?

As you can see, police can legally lie to a suspect, but there are also limitations. They can’t knock down your front door and say that they are acting on a tip that you have drugs in your house when in fact they don’t have a tip or a warrant. However, officers do tend to use deception as their main means of gathering information. They may do this in many different ways, but some of their favorites are:

“If you tell the truth you’ve got nothing to worry about.”

“If you’ve got nothing to hide then just let me search your vehicle.”

“Whoever talks first is going to get the better plea deal.”

“Just tell me where the drugs are and we’ll go easy on you.”

These are just a few of the ways police try to coerce information out of a suspect, and these are just the tip of the iceberg. You need to remember that police are not on your side and that they are actively trying to make a case against you. They may not flat out lie and say they found marijuana in your car (although it’s happened), but they may bend the truth and try to get you to give up information that would serve to hurt your case.

Honesty is the best policy, but only when talking with your lawyer. When it comes to talking to police, you’re much better served staying silent and letting us do the talking in court. Don’t set yourself up for failure because you gave up information that will hurt your case. Remain silent, then pick up the phone and contact Appelman Law Firm to learn how we can help defend your case. For more information, call us today at (952) 224-2277.