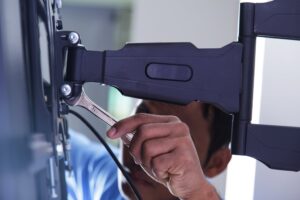 Charter Communications has been ordered to pay more than $7 billion in damages to the family of an 83-year-old woman who was brutally murdered in her home by a Spectrum employee in 2019.

According to the lawsuit, Roy James Holden worked as an installer for Spectrum, and he performed work at Betty Jo McClain Thomas’ house in December of 2019. After apparently assessing the home and Thomas as a robbery target, Holden returned the next day in his work van under the guise of needing to perform additional work. After being let into Thomas’ house, Holden murdered Thomas and made off with stolen credit cards before going on a shopping spree. He was later apprehended and charged with capital murder for Thomas’ death.

In June, a Dallas County jury found Charter negligent and grossly negligent in Thomas’ death. They awarded a verdict of $375 million in compensatory damages after a trail revealed “systemic failures” in the company’s pre-employee screening, hiring and supervision practices. Last week, a $7 billion verdict for punitive damages was announced.

According to trail testimony, Charter hired Holden “without verifying his employment, which would have revealed that he had lied about his work history,” said trial lawyer Chris Hamilton, who represented the Thomas family in the case. Additional testimony also allegedly ignored other “red flags” by Spectrum supervisors.

Tried To Cover It Up

The jury also heard testimony that Charter used a forged document to try to force the lawsuit into a closed-door arbitration where the results would have been secret and damages for the murder would have been “limited to the amount of Ms. Thomas’ final bill,” said Hamilton. “The jury found that Charter Spectrum committed forgery beyond a reasonable doubt, conduct that constitutes a first-degree felony under Texas law.”

The icing on the cake was that even after the murder, the Thomas family was hit with a bill from Spectrum that included a $58 charge for Holden’s service call, and the unpaid bill was eventually sent to a collection agency.

As you might imagine, Charter announced that they plan to appeal the decision, claiming that Holden was the sole responsible party.

“Our hearts go out to Mrs. Thomas’ family in the wake of this senseless and tragic crime. The responsibility for this horrible act rests solely with Mr. Holden, who was not on duty, and we are grateful he is in prison for life. While we respect the jury and the justice system, we strongly disagree with the verdict and will appeal,” the company said in a provided statement.

Holden pleaded guilty to the murder last year and will spend the rest of his life behind bars without the possibility of parole.