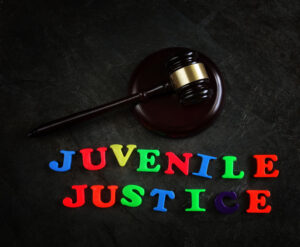 A person is often viewed as reaching adulthood when they turn 18, but the court system views juveniles a little differently. They do not need to be older than 18 in order to be charged as an adult in criminal court in Minnesota. In today’s blog, we take a closer look at when a person can be charged as an adult in Minnesota, and what factors need to be present in order for the prosecution to try the case in adult court.

Charged As An Adult In Minnesota

Although people are generally considered adults in society when they turn 18, many states allow teens to be prosecuted as adults when they turn 16. However, in Minnesota, the threshold is even lower. According to the law, once a person has reached 14, they can be charged as an adult and face real time in the prison system.

That being said, just because a person turns 14 doesn’t mean that any criminal action they commit will land them in adult court. The law also states that for an individual older than 14 but younger than 16 to be charged in adult court, they must be charged with an offense that would warrant felony charges if the person had been over 18. In other words, if you would be charged with a felony for doing the crime as an adult, you can be charged as an adult as soon as you turn 14.

That same sentiment holds true for individuals who are either 16 or 17 years old, but they have an additional avenue for being charged as an adult. If they commit a crime that would result in presumptive jail time or they brandish a firearm during the commission of the crime, they can be tried as an adult.

Finally, Minnesota states that anyone 16 and older who commits murder will automatically be charged as an adult. It’s also worth noting that Minnesota has a “Once an adult, always an adult” policy. In other words, if you are a minor who has been charged as an adult, and then you commit another crime before you turn 18, that subsequent charge will be referred to adult court.

If you want to challenge where the case will be heard, you have that option. However, instead of the onus being on the prosecution to prove why the case should be heard in adult court, it falls on the defense to make a compelling case why they trial should be held in juvenile court. The defense must make a “clear and convincing argument” as to why having the case in juvenile court is in the best interest of public safety. If they can’t make that argument successfully, you’ll be charged as an adult.

So if you commit a felony-level crime or you’ve reached driving age and commit a crime with a firearm, know that you could be tried as an adult. In these instances, you absolutely need a smart, savvy and experienced criminal defense firm as an ally. We’ve done it for many clients in the past, and we can do the same for you. For more information, or to set up a free case review, reach out to Avery and the team at Appelman Law Firm today at (952) 224-2277.