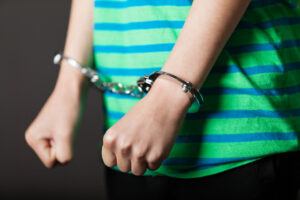 In the United States, you are generally considered an adult when you turn 18 years old. Once you hit that age, you are viewed differently in the eyes of the law, and you’ll be charged as an adult for any crimes your commit. However, that doesn’t mean you’ll automatically be considered a minor if you commit a serious crime before your 18th birthday, In today’s blog, we explain how juveniles can be charged as an adult for crimes in Minnesota.

Kids Tried As Adults In Minnesota

In Minnesota, children as young as 14 can be tried as an adult. Attempts to lower that threshold to 13 or even 10 have been made, but they’ve never gained enough traction to become law. Most cases involving minors being tried as adults involve 16- and 17-year-old teens, but it’s worth noting that it can happen as long as the individual is over the age of 14.

If the prosecution wants to charge a minor as an adult, they’ll need to begin the adult certification process. They will present evidence to the judge who will determine if the minor meets enough criteria to be certified as an adult in the eyes of the court. When making the determination, the judge will analyze:

Some common crimes that can result in the pursuit of adult status in Minnesota criminal courts include the crimes of burglary, robbery, sexual assault and violent crimes.

There is also the possibility that the offender will be placed on what’s known as “Extended Juvenile Jurisdiction” (EJJ). This occurs when the judge elects not to certify a juvenile as an adult, and the prosecutor moves for EJJ for a felony offender between the age of 14 and 17 years old. EJJ places an offender in the juvenile offender system and requires strict probation requirements until the individual turns 21. If the offender fails to follow all the rules of their EJJ probation, they will face an adult prison sentence. EJJ is hyper-focused on promoting rehabilitation, but a prison sentence looms for anyone who fails to commit to turning their life adult.

If your child is facing the prospect of being tried as an adult, or if extended juvenile jurisdiction is on the line, you need to have a defense lawyer in your corner. Contact Avery and the team at Appelman Law Firm today for more information and for help with your child’s criminal case.