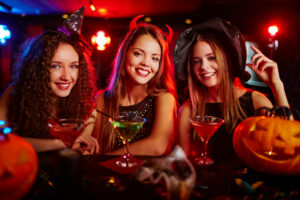 Tonight is Halloween, and everyone will celebrate the holiday in their own way. Some people are excited to go Trick or Treating or to hand out candy, while a smaller subset is looking to cause a little mischief. However, a few Halloween hi-jinks can translate to serious trouble if you’re caught drinking at the same time, especially if you’re underage.

Every year we get a few calls on November 1st from individuals who are facing underage drinking charges in the wake of a Halloween arrest. These charges can have long-reaching effects, so don’t take them lightly. Here’s what you should do if you receive an underage drinking ticket in Minnesota on Halloween.

If your teen is heading to a Halloween party tonight, take a couple minutes to talk to them about underage drinking and everything that’s on the line. Not only could they face fines, athletic suspensions and academic consequences, but if they compound the mistake by getting behind the wheel, they could lose their license or even spend time behind bars. It’s simply not worth it.

And before you decide to be the “Cool Mom” like Amy Poehler in Mean Girls, know that parents can face charges if underage individuals drink alcohol in your home. Even if you don’t expressly know that the drinking is taking place, if you’re heading out for the night and you let your teen have some friends over, you can face charges if they drink alcohol because you failed to provide supervision. Parents and teens need to make smart decisions tonight to avoid an underage consumption or social host citation. As we mentioned earlier this week, police officers will be out in full force looking for drunk drivers and other people who are breaking the law.

The exact penalties for alcohol-related violations involving minors will vary based on the location of the citation, but you can expect that you’ll face a misdemeanor offense, which is punishable by up to one year in jail and fines up to $1,000. It’s unlikely that you’ll get jail time for your first offense, but just know that it’s not out of the question, and it likely will happen if you are convicted of a more serious crime, like drinking and driving.

Teens 16-years-old and up who are charged with a DWI won’t have their case sent to juvenile court. Instead, they’ll face adult penalties for their actions. If they are caught driving over the legal limit, they can and will be tried as an adult, so let them know what’s on the line and talk to them about making good choices.

Don’t let a mistake tonight cost your child their driver’s license or the opportunity to get into college. And parents, don’t be a party to teen drinking. Saying that you’d rather they drink at your place instead of somewhere else isn’t going to hold any water with police or with the court. Make smart decisions, and if something crazy happens and you need legal defense, reach out to the experienced legal minds at Appelman Law Firm for a free strategy session. Give us a call at (952) 224-2277.