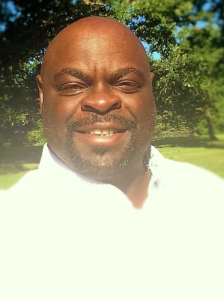 Domestic abuse is a problem throughout the nation, but it’s also an issue that’s present in our own backyard. Research has shown that there are certain “triggers” that make someone more likely to be a victim of domestic abuse. Some examples include telling their abuser they are leaving or having a firearm in the house. However, one factor that also often comes into play during a domestic abuse situation is the use of alcohol or drugs by the abuser.

A recent study by the National Council on Alcoholism and Drug Dependence revealed that roughly two-thirds of domestic violence victims say that their abuser had been under the influence of alcohol or drugs at the time of the abuse. So when we’re working with individuals who are seeking counseling for violent conduct, not only do we have to educate them on the mental and emotional toll their abuse is having on their partner, but we also need to explain how drugs and alcohol can play a role in domestic violence.

Through our work, we’ve noticed that the majority of individuals who receive our assessment and counseling services for domestic violence say that they were under the influence of a substance at the time of their arrest. Why is this the case? Well, there are a number of different factors at play:

On a neurological level, alcohol and substance abuse changes the way our brain processes information and reacts to certain situations. They can make normally level-headed people more prone to outbursts of rage, and it can make more aggressive individuals a ticking time bomb.

Because of the common link between substance use and domestic violence, we address the participants past history of violent behavior and substance abuse patterns holistically. At True Foundation Counseling, we offer both domestic abuse services and substance abuse counseling. Individuals who participate in both programs see how each issue causes its own problems, but they also learn how each problem feeds off one another. By opening their eyes to the relationship between substance abuse and domestic violence, participants learn why these problems develop, and how to avoid them in the future.

If you’ve been ordered by the court to participate in a treatment program, or you believe your relationship could benefits from substance abuse or domestic violence counseling, reach out to Avery Appelman or True Foundation Counseling today.