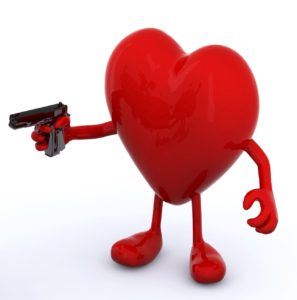 Does your resting heart rate play a role in your likelihood to commit a crime? According to researchers at the University of Penn, there may be a link between lower heart rates and an increased likelihood of committing a crime.

It is no surprise that men commit more crimes than women, but what factors go into the decision to commit a crime? To get a better understanding, researchers at the University of Penn decided to look at some of the biological different between men and women. One of the areas they examined was resting heart rate.

“We think cardiovascular functioning partly explains sex difference in crime,” said Penn Integrates Knowldge Professor Adrian Raine, “because low heart rate is a marker for other mechanisms like lack of fear and stimulation-seeking.”

Researchers concluded that a lower resting heart rate partially played a role in the differences in criminal offending between men and women. There are a number of other factors that play a role in one person’s likelihood to commit a crime over someone else, but researchers concluded that resting heart rate accounted for anywhere between 5 to 17 percent of the gender difference in crime.

So if your slow heart beat has led you to commit a crime in the greater Twin Cities area, reach out to the experienced team of trial attorneys at Appelman Law Firm. We can help put your mind and heart at ease. Contact us today.