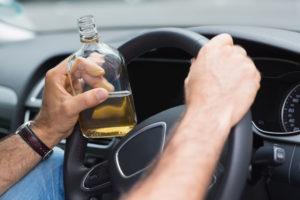 Driving drunk can have serious consequences in Minnesota. If you are pulled over for drinking and driving, you can lose your license, face stiff fines and even spend some time in jail or have your vehicle impounded. If you end up getting in a car accident and injuring others because you were intoxicated, those consequences become much more severe. In today’s blog, we take a closer look at the potential penalties for causing injuries or death while driving drunk in Minnesota.

If you cause an accident with injury because you were driving drunk in Minnesota, your charges may be upgraded to what’s known as criminal vehicular operation. Criminal vehicular operation is a charge that encompasses any driving action in which the driver causes death or injury because they were driving in a grossly negligent manner. A few different driving actions can reach this threshold, and driving drunk is one of them.

Bodily Harm – If you cause bodily harm to another party, you will be charged with a gross misdemeanor CVO, which carries the potential penalties of up to a year in prison and fines up to $3,500. Your license will also be revoked for a minimum of two years.

Substantial Bodily Harm – If you cause substantial bodily harm, you’ll face felony charges. This can be punishable by up to three years in prison and fines up to $10,000. You’ll also face an immediate license suspension and two-year license revocation.

Great Bodily Harm/Bodily Harm To An Unborn Child – This is also considered a felony offense, and it is punishable by up to five years in jail and a $10,000 fine. Similarly, your license will be suspended immediately, and you’ll face a six-year license revocation

Fatality – If you cause someone to lose their life because you were driving drunk, you’ll face felony charges that carry up to 10 years in jail and fines up to $20,000. You’ll also face an immediate license suspension and a 10-year driver’s license revocation.

Manslaughter/Death To An Unborn Child – Similarly, if you end up facing this felony charge of CVO, you’ll face up to 10 years in prison and fines up to $20,000. You’ll also face an immediate license suspension and a 10-year driver’s license revocation.

As you can see, causing injury or death because you were driving drunk carries stiff penalties. Nobody intends to hurt someone else when they drive drunk, but the fact of the matter is these consequences are right around the corner if you end up involved in an accident because you were under the influence.

If you need legal help after an arrest, make sure you reach out to a criminal defense lawyer as soon as possible. In the greater Twin Cities area, give Avery and the team at Appelman Law Firm a call today at (952) 224-2277.